In Maryland, we're allowed to put 400 characters in the remarks section of a listing. For most agents, it's no problem filling them all up, and looking for more.

Today I showed a listing that had a consise remarks section, which included the words, "light cosmetic touch up needed." I should have known better when there was only outside pictures.

Does light cosmetic touch up include the eight doors that had holes punched in them?

Does light cosmetic touch up include the carpet in the basement that was pulled up and missing. Weirdly, only 3/4 of it though?

Does light cosmetic touch up inlcude the mold remediation?

Does light cosmetic touch up include half the basement ceiling tiles that have water stains? This place must be leaking like a sieve.

Does light cosmetic touch up include the stainless steel appliances that look like someone took a hammer to them?

My favorite was the hot water heater with a bucket strapped to it to contain the leak. It had to be emptied by the homeowner while we were previewing the house...and we weren't in it that long.

There is a certain amount of "editorial license" that is just fine in the remarks. Outright misrepresenting the property condition is not.

Richard - It is a disservice for all, since the buyers & agent that look at it probably aren't searching for that level of needed repair and individuals that are able to do take on that amount of work are probably overlooking it too.  Extreme puffery is just a bad policy.

My personal favorites are the ones that say recently renovated and the only sign of anything newer than 40 years is a new appliance. But yes, when the pictures are conspicuously absent, you know you're in for a treat.

They could have said in need of TLC = aka Tons of Liquid cash!

There is no truth in advertising, and real estate is no different.  Compare it to the juicy hamburger, with fresh crisp lettuce poking out between the layers of thickly sliced tomato, on that puffy bun.  In reality:  "light comestic fixer"

Richard I've seen all kinds of homes that needed 'light cosmetic' fixes this past 7 years - ridiculous. Just say it like it is and save us all a wasted trip. Come on - just do it.

Richard:  It's almost laughable when you see and read these things.  I've seen appraisals much like it.  Makes you wonder if they've ever actually been in the property themselves physically ... congrats on the Feature!!

It really damages an agents reputation- clients actually told me not to show them houses by agents that do that- they felt it was dishonest and didn't want to do a transaction with them....

Deception just to get you in the door isn't going to bring a buyer. The type of buyer who agrees to 'light cosmetic touches' is not the investor type who will buy this home. The agent is targeting the wrong market and likely the listing will expire and they will wonder why...

It almoste equates to misrepresentation doesn't it!  I recall a "Light Fixer" that had hardwood floors that had buckled, stained, and absolutely stunk, from years of dog urine soaking the floor.   To me, a light fixer means a little paint, perhaps carpeting, nothing structural.

and it doesn't help the neigbor's comps either...

"I should have known better when there was only outside pictures. "  I think this is a real clue to  the condition inside.  However, It is ashame that the comments were so misleading.

Nov 25, 2013 09:28 AM
LIKE
#20
Rainmaker
631,387
Nancy Conner
Olympia, WA
Olympia/Thurston County WA
That's really frustrating! And they sure are doing a disservice to everybody when the remarks attract buyers who will not like what's truly there to deal with. There are buyers for homes in poor condition as long as the price reflects that condition - so sure seems like a sale would happen faster if they were actually reaching out to buyers who WANT fixers.
Nov 25, 2013 09:33 AM
LIKE
#21
Rainmaker
2,191,638
Elizabeth Weintraub Sacramento Realtor Top 1%
RE/MAX Gold - Sacramento, CA
Put 40 years of experience to work for you

Is it possible that perhaps the listing agent has no idea what a cosmetic fixer is? Maybe the agent is brand new and thinks if the walls aren't collapsing it means the home is structurally sound i.e. cosmetic fixer, LOL.

I agree with Margaret's TLC, Tons of Liquid Cash. We need to be honest...

I think that it is misrepresenting and wasting both the buyer and the seller's time.  Better to be honest, show it like it is and attract the right buyer that can handle all that needs to be done.

"Needs a creative touch" might be a light way to handle it.  Still - when the damage is that bad, may as well show it and not play games.  My team had a listing that had the life beat out of it inside and out recently.  The structure was great and it had a new AC unit on the roof.  We just showed the naked truth and said "remodel to suit".

Twice in the last month I've taken a client to see a home where the photos were weeks old - showing a furnished, clean home, yet the home is NOT furnished, and clean is not on the list of list of adjectives which apply.  Looked like the tenants did a real sabotage job on one house.

The key was in the lockbox - the listing agent HAD TO KNOW.

That much nerve is STRANGELY wishful lying! Wow!

That's almost as bad as when the agents don't even write a description at all.

Nov 26, 2013 07:05 AM
LIKE
#28
You must sign in or register to leave a comment
Login Register
Show All Comments
Older Post Newer Post
Back to Top
Generate More Leads from this Listing
With a Trulia Pro Account
Learn More
Find what you need?
See More Blog PostsAbout Real Estate! SEE MORE NOW!
Ambassador
1,443,826 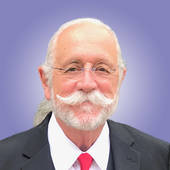