In response to the R.com roll-out of the AgentMatch system in two MLS trial markets, a 16 member REALTOR® Advisory Board has been appointed “to help guide the platform’s evolution,” and possibly to quiet the uproar.

Agent response to the AgentMatch trial was swift and mostly negative earlier this month when the program was announced.

All 16 real estate professionals invited to serve on the board have accepted.  According to the r.com President, “As people start to understand what we’re doing, their fears will go away.”

It’s not fear but unfair according to Keller Williams, a large REALTOR® franchise.  Keller Williams has asked its 80,000 agents to oppose this new ranking platform.

Since R.com needs specific permission to cull sold statistics from MLSs, Keller Williams has asked all its agents to petition their individual MLSs to not participate.

If you’d like to catch up on this issue, here are some links.

Can AgentMatch Survive the Backlash (inman)

Our market center agents will be sending a petition....just whispering NO is not enough.

This is but one more insane and ludicrous thing NAR does to alienate its members.

I guess new agents don't have a prayer of getting noticed now?

The more I read the les I like this.

I will be voicing my opinion.

Realtors® hat it but the public may like it so the dues paying members may lose.

Hi Laura! I just stopped by to wish you and your family a Merry Christmas!

Hey Laura...come out come out wherever you are.....we miss you in the rain ! 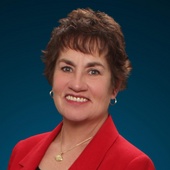 REALTOR at the Jersey Shore