It is all about turkey and giving thanks this week. As much as we have struggled to rebound from the financial crisis and recession during the past five years, we have plenty to be thankful for. For one thing, our rebound did happen — albeit very slowly. Just a few years ago, economic prognosticators were predicting that real estate would not rebound for at least a decade.

It has been five years and we are already at least one year into a rebound. Again, we are not all the way back but at this point you can’t deny the progress we have made. No longer is the number of homes going into foreclosure leading the headlines. Now the drop in the number of foreclosures highlight the statistics.

The same can be said for the job market. We lost over eight million jobs during the recession and it has taken us this long to come up close to making up those eight million jobs, which does not account for the population growth of the past five years. Ye t, the unemployment rate has dropped from 10.0% to close to 7.0% — a drop of almost 30% in four years. According to the Federal Reserve Board, the unemployment rate is poised to drop further in the coming months.

We took a very large economic punch in the gut five years ago and we have now regained our footing and we are now punching our way back. That is called resiliency. And when others face tragedies such as the Typhoon that hit the Philippines a few weeks ago, we step up and help others in need. Yes, the past few years have been a struggle for millions, but we also have a lot to be thankful for — not the least of which is the turkey we will have on our plates in a few days. 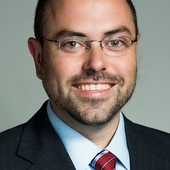