Why is it so difficult to find a decent house in the Avenues in Salt Lake that has a garage? I’ve heard this question asked quite a few times over the last few years. Well, not to be smart, but it is because houses in the Avenues were nearly all built over 75 years ago when garages were much less common. Since the average lot size in the Aves is just .10 acre, building a garage is not always an option in this area. Hence, the lack of garages. But don’t worry, some guy (a very smart, attractive, although badly balding, guy) took the liberty to set up a page where you can find every house that is for sale in the Avenues in Salt Lake that has a garage. Yes, it exists. This is like the Holy Grail of websites. Some say that finding it is akin to finding the Fountain of Youth or winning the lottery, but that’s ridiculous. This is way better.

As a resident of the Avenues, I have to tell you, I love it here. I found myself a nice house with a garage, which my wife promptly filled with her “projects” so that I have to park on the street anyway. 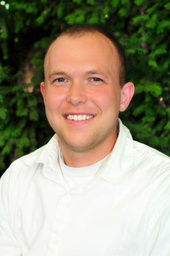