Homes for Sale in Fort Worth, TX

Fort Worth, one of the largest cities in Texas and the 16th largest city in the United States, is a destination shaped by its revitalized downtown, a world-renowned cultural arts district, beautifully preserved Western-heritage sites and major-league attractions. Fort Worth is the seat of Tarrant County, situated in North Central Texas and part of the Dallas/Fort Worth Consolidated Metropolitan Statistical Area.

Selling a home? Get a free Market Analysis of your home and find out its value in the Fort Worth market

Looking for a home in Fort Worth?

Interested in finding homes for sale in Fort Worth, TX? Click that link to find homes in this area of Texas.

What's to know about Fort Worth?

Originally settled in 1849 as an army outpost at the Trinity River, Fort Worth was one of eight forts assigned to protect settlers from Indian attacks on the advancing frontier. Progress helped the growing settlement survive long after other such towns had blown away with the dust of departing pioneers. The cattle industry was king for a generation of people working the Fort Worth leg of the historic Chisholm Trail, which ran from the 1860s to the 1870s. Cowboys worked and played in Hell’s Half Acre, located where downtown Fort Worth stands today, before driving the cattle on the Chisholm Trail to its ending point in Kansas.  By 1873, Fort Worth was incorporated with a mayor-council government, and W. P. Burts became the city's first Mayor.

Since Fort Worth’s incorporation, the city’s population has grown significantly—shaping our city to what it is today.  As of January 1, 2013, Fort Worth’s population is estimated at 767,560; and the city limits expand over 350 square miles. Fort Worth has been ranked as one of the fastest growing large cities in the United States of cities with populations of 500,000 or more, has been named one of “America’s Most Livable Communities” by the Partners for Livable Communities, and in January 2013 was named a Safe Community by the National Safety Council.

If you are interested in the current homes for sale in Fort Worth, TX click on the link. Our 'for sale' property information is a direct feed from the MLS and is updated multiple times per day. 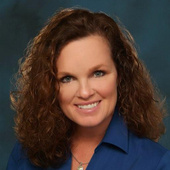