One gauge that we use is called "Months of Inventory" which is a term we use that captures the absorption  rate in the market. That is,  what is the amount of time it would take to sell all current listings at the current sales pace if no new listings became available? In January 2013 Months of Inventory for single-family residential homes in Juanita was two months of inventory in the start of the year which was advantageous to sellers. It held steady through June 2013 then in July 2013 it spiked to 9 months of inventory which was in the favor of buyers.

As of November 2013 that number has decreased down to zero months of inventory which is in the favor of sellers: There is no crystal ball that will predict the real estate market in the future. These numbers can change at any time and really depends on the people... supply and demand.

If you are thinking about selling your home in Juanita in Kirkland Washington this may be a great time to sell.

* Source: Northwest Multiple Listing Service (NWMLS.) The NWMLS did not compile or publish this information. Information is believed to be accurate but should not be relied upon without verification. 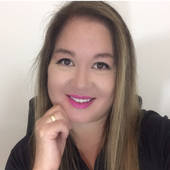