In the late 1950's and through the 60's, an architectural movement swept through the city of Washington DC.  Littering our vistas with cool grey, lifeless concrete structures.  Squares and rectangles broken by sharp angles of black glass. Heavy triangular shadows thrown by the cold hearted shoulders of one building  onto another.  Rebar and cement monsters that swallow up the lives of some of the most powerful people in the world.

The FBI building (pictured below) is considered to be a shining example of this "Brutalist" architecture.  These utilitarian, unromantic, intimidatingly imposing structures that just scream cold war era and cubicals.  With many less windows than commonly incorporated into modern structures, and less natural sunlight, the idea behind these buildings is dated and certainly replacable. I know the FBI building will probably never be replaced, so we will always have this one example of the way we were. Now I know that there are many people, including architectural historians, and city developers that feel these buildings are an important part of DC's history, and they should be conserved at all costs.  However, most people I speak with think the square, grey, concrete building concept could be removed from the city without any major drawbacks.  And this process has started.

Slated to be razed is the Third Church of Christ on 16th and Eye St NW (pictured below).  This building dubbed "the Ugliest Church in DC" has been a burden on the asthetics of the neighborhood since being built in 1970.  Mid-Century modern at its worst.  Large grey concrete walls push back at the city passing by.  Uninviting and unimaginative, this building does nothing to conjure thoughs of holiness or worship.  It is going to be replaced by something more modern, yes more boring and commonplace, but far more functional and enjoyable for the occupants  and businesses that are going to reside there.  The Third Church of Christ is getting new digs and a new look, so it will be a win win for all involved. SW Waterfront is also an area where "brutalist" architecture reigned supreme.  It makes for a somewhat unapproachable neighborhood.  Though most if not all of the developments in the area have wonderful common grounds, typically they are hidden behind a gate or in a center courtyard type area.  But from the front, the condo and coop units look much like government buildings.  It just puts off the wrong vibe.  When driving in SW I feel like I should be in a 73' NOVA listing to Led Zepplin's "Whole Lotta Love".

My point is, though Chevy NOVA's are killer, and so is Led Zepplin, they both had their time in history, and should never be forgotten.  They both however, have been replaced, many times over. 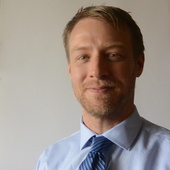