Notification from a local condominium complex's master insurance provider indicating that the 2014 premium was to be increased $57,000, prompted the Home Owner's Association to start looking for bids from other providers. Since the premium notice did not arrive until November, the association was forced to move quickly.

The problem that this has created for buyers and sellers is that no lender will accept an insurance certificate on a policy is due to expire within two months. As a result, a closing that was was scheduled to take place in early December 2013, has been pushed off until after the first of the year.

Since this is a second home market, the delay is not a big concern for the buyers and sellers involved. In primary home markets, this could have been a problem. 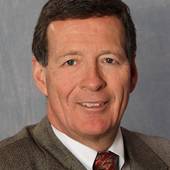