Six years ago I wrote a post here entitled "Honest feedback is needed to help sell problem homes" and this is as true in 2013-2014 as it was in 2007. After I have taken buyers to several homes, I often get a call from listing agents who ask for feedback. I will never be mean or nasty, but my feedback will be honest.  If you don't want my opinion or that of my clients, then don't ask me.

I recently showed a home where the sellers had decided to paint the interior of the place but then changed their minds. Every room had patches of several colors painted on the walls. The original color was a pleasing beige, but it appeared that they had thought of going bold.  There were bright red, royal blue, emerald green, and dark brown patches about a foot square each painted on walls everywhere. The house had been on the market for awhile and I was called by the listing agent and asked for my buyers' feedback. I told him that my clients did not want to buy a project house.

His reply was that it was just paint.  Yes it was just paint, but it was the entire house, and it was clear that it would take extra coats to cover those bold patches. They were simply faced with what they perceived as an overwhelming task and they didn't want to undertake it.

What disappointed me was that the agent began arguing with me, telling me that his sellers weren't about to spend the time and money needed to repaint the entire house that they were selling. He didn't seem to understand that my clients felt the same way about the work involved. And it wasn't as if the house was underpriced. It was toward the high end of the comparable market.

It is a shame, too, because but for the paint issues, I think my buyers would have made an offer. The agent was simply not willing to accept that there WAS an issue, and he seemed angry with me for giving him the honest feedback that I thought he had requested. I had asked my buyers to consider making a lower offer that would permit them to hire a painter, but it was not something they wanted to do.

Sometimes when I accept a listing, I find that sellers want to list at the top of the comparable market so that they will have room for negotiating to reach their target price. That is not always a great idea, and I discuss with them all of the pros and cons of such a strategy.  As long as they agree that we will make price changes if we don't get the desired attention, I will agree.  It depends on the circumstances and many variables.

If we get many showings but no offers in the first week or two, I will call the buyers' agents and seek feedback on their clients' reactions to the home. If I repeatedly hear that it is $10,000 overpriced, I can discuss this with my clients and get the price adjusted accordingly.  The same goes for a condition issue.  Maybe spending a few hundred dollars to recarpet a bedroom will make the difference to buyers and will bring several offers from folks who had been turned off by a stain on the old carpeting.

Feedback permits the sellers to know what to do to make their home sell. If the feedback is not honest and to the point, it is worthless to them.  Sometimes the buyers will simply say that they wanted a different floorplan or different shape kitchen or something that cannot be changed.  This simply wasn't the house for them.  Other times, however, the issue may be totally within the power of the seller to fix, and it can lead to a sale -- but only if the feedback is honest and to the point.

I so agree that honest feedback is very important, without it sellers don't know what they need to do to help with the sale.

That agent was not doing their clients a service. The reason the home is not selling is obvious and I bet the agentis afraid they will lose the listing if they tell the truth.  Too bad.

Trisha - Thanks.  I think fudging or telling less than the truth does no one any good.

Jane - I agree with your guess. I do't think this is a very experienced agent and he is likely afraid to have the talk with his clients that he should.

It is hard to be honest in a dishonest world. Many of us live in fear and not love and the result is always negative. You are helping the seller and buyer by saying the truth.

Jimmy - The truth is not always easy to give or to hear, but in most situations it is better to give it anyway, as long as you aren't hurtful with it.

Susan I think it is important to tell the seller during the listing that sometimes feedback might be hard to take, however it is a gateway into a buyer's thought regarding the property.

I agree that we should be honest with our feedback. The Seller's agent should not need feedback to see that the patches should be painted over. When it is finally sold, the Buyers will discount their offer far more than it would cost to fix it first.

Good Morning and always state your case,  keep up the Good work and good luck in 2014,   E

Good Morning and always state your case,  keep up the Good work and good luck in 2014,   E

Susan-That's irony, be called and asked for an opinion only to be told your opinion is incorrect. That would be a short call for me.

I have found that with some Realtors if I give them honest feedback they are personally offended and become very defensive, and yet I appreciate honest feedback so much more than the "Client just wants to keep looking" answers that I hear so often.

Thanks everyone for stoppping by and for your comments!

John - I would have insisted that my sellers paint before putting the home on the market, or at least, lower the price enough to make it worth a buyer having to paint the place.

Wayne - That's what I think when I get an argument after trying to give honest feedback. Don't ask if you don't want to know!

Andrew - That may have been the case here. Perhaps he thought I was just calling him out for not insisting that his sellers fix the problem. I wasn't placing blame, but if he wanted to know what my buyers think, he found out.

Jennifer - I agree! Unfortunately in this case the listing agent not only likely didn't do that, he seemed to take my critique personally.

Your price is the wrong color, that is often the wrong shade that causes eye glare with the place. Price it right and the colors matter less and less as the figure gets more and more attractive. Causing wolf whistles to happen due to the price, not the blaze orange, neon green kid's bedroom. 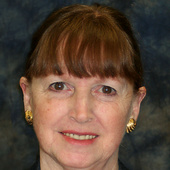 Get the PollingReport.com widget and many other great free widgets at Widgetbox!

I will play with your cursor. Rub my tummy and I'll purr.