With the 4th quarter of 2013 under way and talk continuing about recovering prices, Foreclosure Auction sales are a category of national housing sales not typically discussed frequently.  One fact many may not have noted was, October 2013 picked up the pace on foreclosure auction sales.

According to RealtyTrac, the projected yearly pace is 5,649,965 total residential sales.  This is 13% higher than 2012’s projection.  Although foreclosure sales did take a dip in certain markets, there are other parts of the country that have robust foreclosure activity and are thriving markets for real estate investors.

So, why ARE distressed sales surging in the later part of 2013?

Daren Blomquist, vice president of RealyTrac stated, “After a surge in short sales in late 2011 and early 2012, the favored disposition method for distressed properties is shifting back toward the more traditional foreclosure auction sales and bank-owned sales.  The combination of rapidly rising home prices—along with strong demand from institutional investors and other cash buyers able to buy at the public foreclosure auction or an as-is REO home, means short sales are becoming less favorable for lenders.” Repossessed properties by lenders, also known as REO sales, in October 2013, were 9.6% of all sales, which was not much higher than the previous October.

For Chicagoans, one might ask; “So where does our fair city stand in this nationwide surge of foreclosure auction sales.

According to statistics provided by Benjamin De Los Monteros, client relationship manager for Cherry Picker Investments, a local foreclosure auction specialist firm, “We have seen a higher number of auction sales for October 2013.  Last October there were 2,547 REO residential sales at auction in the greater Chicagoland area and 456 of those sales were to third party (investors).  This year, there were 2,640 REO sales and 450 of those were third party purchases.  So as you can see, investors purchased 17% of the properties that went to auction.” Auction sales to third parties (investors) year-to-date in Chicagoland total 3,880.  2013 activity already has surpassed all of 2012 when 3,411 properties were sold to third parties, and December is traditionally a strong month for sales to investors.

Taking a macro look at the Chicagoland housing market, according to MRED LLC, the local multiple listing service (MLS), there were 99,393 residential sales in the counties of Cook, Lake, Du Page, Will, Kane and McHenry from January 1 to November 28, 2013.  Of those MLS sales, 34,443 were distressed sales, or 35%, and this does not include the 3,880 residential properties sold at auction.

No matter how you look at it, there are is an abundance of distressed MLS sales and foreclosure sales in Chicagoland, 37,533 to date.

Will 2014 continue this trend?  If you ask Mr. De Los Monteros, he resoundingly says “yes.” 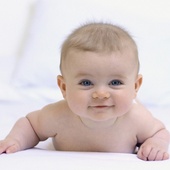