From my friend Gwen Banta.  This is an amazing and hilarious story of her family home being sold "back in the day."  Enjoy a smile on this Christmas Holiday.  Life is good in so many ways.

There is some old saying about the best laid plans going asunder, and I am about to tell you where asunder is: it's a place in New Jersey. Picture a lovely suburb of tract homes in Jersey, circa 1969. One year my mother Marie decided we should sell the family home and get something bigger than a bread box. I didn't mention my father Boyd, because he tried to stay clear of the caper - in fact, he tried to steer clear of ALL her capers. He would just sit in an overstuffed chair in front of the tube, as if anchored for safety, seemingly oblivious to everything unless it interrupted a ball game. In our neighborhood, my mother and her twin, Aunt Bea (her real name) were referred to as Lucy and Ethel because of their ability to court disaster. The house-for-sale stunt was no exception. Mom and Bea (who lived with us) had read an article on how to make the house more desirable, so they took matters into their own hands...always a dangerous proposition in our household. This was an unforgettable lesson in how NOT to make a home a stand-out on the open house trail.

As we all know, landscaping is one of the most important tools in selling a house. It creates a feeling of "home" and gives the property a personality. However, this was Jersey tract housing, and all the houses looked alike - it was Levittown re-visited. Landscaping was never an art in our burg. To prove my point: One sunny afternoon my mother was waiting with the dog in the "waiting room" of the vet. The waiting room was actually the living room of the home of Dr.-Diglio-the-Dog-Killer who lived a few blocks over. His actual office was attached to the back of his home. As my mother "Lucy" settled in with a magazine, a woman walked in from the kitchen, paused, then began to scream. My mother got so flustered she ran out without the dog. While huddled in the yard and unsure of what to do, it suddenly dawned on her that she had walked into the wrong home and had made herself quite comfortable, thank-you-very-much. A bit shaken, she went back for the dog and talked the woman out of calling the local hit man. (After all, this was Jersey.) As soon as Lucy returned home, she promptly placed a hanging plant out front so she could always distinguish her own home from the others. Moral: Give the house some identity with some landscaping. It may help sell your house, and it will keep strangers from wandering into your living room.

Shortly after that, Lucy and her sidekick Ethel (Aunt  Bea), decided to cruise around the neighborhood to see how the other neighbors had distinguished their own houses from the others. Now this was late October, so Halloween lights and decorations were in abundance, and pumpkins adorned nearly every stoop. As Lucy and Ethel, the Twins of Disaster, cruised along (never over 20mph), they had a running commentary:

"Look at the lovely Indian corn on that door, dear."

"Yes, they grow beautiful corn in India. Isn't that a funny jackal-lantern?"

"Oh, that house has lovely lighting, doesn't it, dear? They did a lovely job!"

Moral:  Lighting can transform a house so much you can barely recognize it. Just ask Lucy and Ethel.

They Clean the House & Bake Something

In our house there was always clutter. My mother knew that the house had to be clean for showings, but a lot of kids, a mongrel dog, a bird and an Aunt Bea all added to the work load. She tried hard to get everything ready for the listing agent to come over to see the property and determine its value. The first thing she did was turn off the heat. Boyd had gotten a "deal" on Styrofoam insulation that you blow into the attic, but the pellets were the size of BB's. For years, every time the fan to the heater came on, a white storm blew out of the vents like snow on the tundra. I kid you not. So Lucy and Ethel kept the heat off and cleaned up as much of the Styrofoam as they could, although it always clung to corners and looked like the house had psoriasis.

Mom also rented a rug shampooer and went at it, all ninety-five pounds of her trying to wrangle a machine that weighed almost as much as she did. Ethel helped by chasing the dog out every time he tried to attack the machine. (No doubt he thought it was Dr. Diglio.) When they were finished, the rug looked better, but the smell was horrendous. The rug was wool, so the entire house smelled like the vet's office.

Lucy decided to cook up one of her favorite dishes to cover the smell, having read that fragrances helped set the ambiance. She made stuffed cabbage. Even the dog gagged. She admitted later that she thought the strong scent of cabbage would disguise the smell of the rug. (Isn't that like eating garlic to cover up bad breath?) Moral: Yes, aroma can certainly add to the open house experience, but I suggest baking bread rather than something that smells like foot fungus.

Lucy and Ethel prepared the stage. With a household full of people and a general traffic problem, keeping clutter at a minimum was always impossible. But they knew that they just had to pull it together for an hour. They ran about, shoving items in cabinets, under beds, behind couches, and into every empty space available. My mother decided to clear the counters, so she threw the baked goods into the dryer and headed for the radio. "I need to turn on some music, Boyd dear," she called to my father, who always stayed out of the path of the Sisters of Destruction.

"Marie, I'm watching the ballgame," he bellowed. (Everything to him required volume.)

"But, dear, I read that music is important - and the agent is on her way."

"Then she can listen to "Take Me Out to The Ball game" during the seventh inning stretch, because I'm not turning off the damn Yankees," he barked. "The best thing you can do if you want to impress that agent is to get rid of the smell of death. And turn up the blasted heat!"

This was October, remember. As the clouds set in, the day had gotten cooler, so Lucy jacked up the heat. As the smell of wet wool and cabbage wafted through the house like vomit on a radiator, so did the Styrofoam hail storm. From the living room, the lovely, dulcet notes of the announcers at the ballgame added to the ambiance of pure dysfunction. Now picture the door bell ringing, the dog barking, the bird squawking, my father ranting, Lucy and Ethel flying about like parrots on crack. As the stunned agent made her way into the show home of the month, we all heard a scream from my sister Lisa who was in the laundry room. My mother stopped in her tracks. "Oh my God," she cried, "turn off the dryer, dear!" It was too late. Ding Dongs had melted all over Lisa's clothes and something called a jelly roll had exploded in the dryer, turning the entire machine and all its contents into a giant lava lamp. Of course, nothing was as bright as my dear mother's face.

My father turned up the television and simply said to the agent, "This may take awhile...how 'bout a beer?" Moral: Remove all clutter, but never, never hide baked goods in a dryer without warning the family.

Lucy and Ethel Get Syndicated

Aunt Bea is still alive to verify this story (age 85), but dear Lucy is not, may she rest in peace. She deserved some peace. They decided not to sell and ended up in that disaster of a house for almost forty years. Not much has changed in the neighborhood, but the housing values certainly have climbed. Even in this market, sales are strong. If Mom were alive today, I bet she'd have a plant on the stoop and there would be the familiar smell of something burning in the kitchen. I thank her for teaching me so many of the basic rules of Real Estate, the most important one being: Avoid jelly rolls and Ding Dongs at open houses - they can go psycho on you at the least provocation.

RE-POSTED IN MEMORY OF MY MOTHER, MARIE BUSH, AND HER SISTER, BEATRICE BENNETT, WHO PASSED AWAY NOV 17. I MISS YOU SO MUCH. 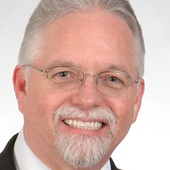 Gary McNinch is a real estate broker, blogger, retired State Trooper and mentor from Renton WA. His passion is helping his clients buy, sell, and invest in homes and commercial properties in Renton and the South Seattle area. Gary mentors new agents in listing and sales of homes and the extensive use of social media and new media marketing. Gary is affiliated with Better Properties Real Estate.

Get the Local Area Information Widget widget and many other great free widgets at Widgetbox!