For the No Big Deal vs Big Deal Active Rain 2013 Contest, I am going to choose to write a BIG DEAL version.

For almost two and a half decades I hosted a Wreath Making Dinner Party at Mosquito Gulch Early December.

It took ten days to prepare. I had it down to a science. I invited friends, family, clients, coworkers, neighbors etc. It was my signature party for many, many years. It was a very, very big deal to me. I poured heart and soul into it.

But this year I had to throw in the towel. With the recent loss of two close friends to Cancer and the continued efforts to cope with the loss of my Father, I had to choose to let it go.

I was even enrolled in Buffini Peak Producers with the challenge assignment to host a Business Mixer.

So I did not take my NEW choice lightly.

Sometimes the towel is ok. INSTEAD, I invested time and energy I would not have had into improving and sharing my mobile technology skills on the new ios7, hanging out EXTRA with Mom and jump starting Bookkeeping projects early for next year.

The Wreath Party was a very, very big deal to me as long as I can remember. But by taking it off the Holiday plate I got a jump start on new projects and wrap up time for old. Mom and I have had a few fun adventures or two plus have a few more left on that seemingly Bare Holiday Plate.

So....if you're busy with the wrong thing or the wrong person, sometimes the right thing cannot come along. The big deal is I made room for some even bigger stuff.

And Mom looked really cute in her ANTLERS at the RE/MAX Leading Edge Christmas Party at Mike's Crab House that I had missed the previous year. This Golden Girl was knee deep in the ten day Wreath Party hiatus and was just too plain pooped to attend.

Move over Beethoven, have we got a new Holiday SONG to sing for YOU!

Scoobedoo, Jingle Bells  and Ruff Ruff from Riley Rover to you! I loved your wreath party but love even more that you did what was right for you this year!!

Hey, I recognize that wreath...I made it at your party. What fun!

Hi Cheryl, Sorry to hear about your losses. Sometimes, you just have to make those hard choices, but there is always next year to get right back to your wreath making parties. I used to have a small shop where I made and sold quite a lot of wreaths myself in the day. Haven't gotten to my creative side in a while..maybe it's time again.

Like
Debbie Laity
Cedaredge Land Company - Cedaredge, CO
Your Real Estate Resource for Delta County, CO
Personal losses make us look at things differently. I'm sorry you had to go through this. Thanks for sharing your story and for entering the contest.
Like
Debbie Reynolds, C21 Platinum Properties
Platinum Properties- (931)771-9070 - Clarksville, TN
The Dedicated Clarksville TN Realtor-(931)320-6730

Cheryl, You did the right thing and wil not regret it. Your mom looks so happy and you made her Christmas. 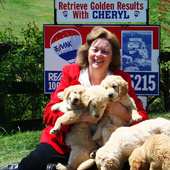