Blue Ridge, GA voters could see a referendum on the sale of alcohol on Sunday this March, according to a decision by the Blue Ridge City Council on December 10, 2013.

According to Mayor Donna Whitener, conferring with city attorney David Syfan, Sunday sales will have to be approved by Blue Ridge voters. There had been some previous discussion about whether or not the council could approve Sunday sales without having a referendum.

The council voted 4-0 to move forward with the process that could lead to the referendum. That process includes drawing up an ordinance allowing Sunday alcohol sales, setting up and holding public hearings on the subject, council approval of the ordinance, then holding the referendum. The council also agreed to amend the alcohol ordinace to allow for distilled spirits permits.

Would you like to see Sunday Alcohol Sales in Blue Ridge, GA? Karyn - I thoroughly believe it won't be long before alchohol will be available, for package sales and consumption, in all areas.  It hardly makes sense to NOT have it when the neighboring counties do.  If someone wants it they will DRIVE to the area that has it rather than doing without and that doesn't help oue economy at all!

Bill & Cyndi -  Thanks for your input! Folks will definitely drive to the neighboring county to get it! 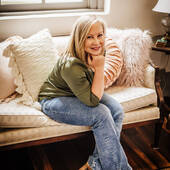 Newest For Sale Homes in Blairsville