One thing leads to another.  And now I'm pretty much Microsoft across the board.

Some baseline that shows we were already tilted that way to some degree:

Then we approached the end of 2013, and various influences developed:

Office 365, Small Business Premium, which I will also provide to any associate brokers.
The three Nokia Lumia devices.  Put me in the camp that likes the tiles.
Disconnect Verizon for the Xoom.
Sell two Android phones, and possibly the color Nook, if Mrs. says so.  Making the upfront cash outlay wash out, and then celebrate the monthly savings.

Who knows?  Maybe the next brainstorm will be to go All Apple All The Time in 2015?

WOW all this gushing over MSFT.  I'm glad you are a believer.  I like MSN products and I'm glad to read they're integrating.

"Gushing?"  Oh, I dunno.
I mean, it ain't like we're talking about something important like black coffee and apple pie, Carla....

I don't know that I am a true believer, as much as I integrated for convenience, knowing I was half way there already.
I just got tired of using 3rd party apps on a Galaxy S3 on the Sprint network. 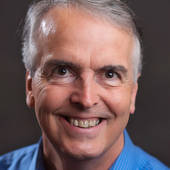