Thinking about installing solar panels for your home in Sonoma County to reduce your energy costs? Fantastic, but read this first:

I recently completed a refinance transaction for a client and thought I would share the experience. My client had recently installed a solar-power generating system at their home, which is great--I'm all for finding ways to reduce a consumer's monthly living expenses. They went through the sign-up with a rep from the solar company at their home. They thought they asked all the "right" questions and received a great deal. Here's what they didn't know or what wasn't spelled out clearly: After speaking with the escrow agent handling our deal about this, she indicated that she is seeing more and more "issues" coming up as a result of solar generating systems here in Sonoma County (She is in Petaluma). Here are a few of the problems:

All lenders will see the contract on the title report, which has been recorded with the County, and view it as a lien. It's not, but it can be near impossible to convince an underwriter to overlook it. The escrow agent mentioned that another deal just blew up in her office because of exactly this problem. It can be done, but expect a major ordeal with the underwriter. My client had absolutely no idea anything would be directly recorded against their property.

Next problem--you cannot cancel the contract at any time. If you make the attempt, you will be required to pay a hefty penalty which varies from company to company. The contract I had to deal with explained it very cryptically: "Homeowner may be responsible to purchase the system at $7 per watt installed." The best I can do to explain that line is that the remaining term of the contract multiplied by the power the homeowner would have been required to purchase from the company. I've seen examples of these penalties running up to $20,000--yep that many zeros. So you say: "No problem, I intend to keep it and take advantage of the lower power costs." What if you decide to move and sell your house? Here's another problem--you have to convince the new buyer to assume the contract for the remaining term--which could be attractive for some buyers, but not for everyone--so you may have a reduced pool of potential buyers. The other alternative is to pay the penalty as described above--ouch. Remember, the contract is recorded against your property--the solar company WILL get their money--yep, out of the proceeds from the sale of your home!

Last issue--you go on vacation for two weeks. With the power company, you turn off everything and minimize your bill. With solar, it's not that simple. The solar generators can't be turned off! They keep generating and you keep buying. This may not be an issue for homebodies, but if you travel extensively, be aware (or beware).

In closing, I see a trend regarding solar panels in Sonoma County and it is really important that the consumer be fully informed and disclosed to. There seems to be many companies willing to hook up your house to the power of the sun, and I'm sure the terms of the contracts vary from company to company, so dare to compare. I'm not calling out any individual outfit or naming any names. My clients learned the hard way, and I had to research the industry with a microscope to learn what was going on and how to close their deal, which I did. Alternative energy sounds great, but there may be a catch--watch out for it...

Here's an article I found during my research: www.civilbeat.com/articles/2012/10/16/17381-vivint-dominates-hawaii-solar-market-sparks-consumer-fears/

It is those dang unintended consequences again and in this case I think some of the consequences are intended by those making the money.

This is an important post and you have covered many points about solar I had no idea existed.  Buyer be Aware.

Isn't it amazing that while trying to improve your home, and become more energy efficient, you can create such a much larger problem in the process.

I am seeing more articles on this subject. It seems to be a great idea until you dig down into the fine print. Even you post open my eyes to when you go on vacation, have not seen that one yet.

Sounds like solar power is not the problem, letting scammers into their homes is.

We have window salesmen calling us all the time trying to get us to take out a second mortgage for a few windows.

Great cautionary tale, Scott. Homeowners considering installing solar power should carefully consider the ramifications of signing up with a company that retains ownership for many years. If one can handle purchasing a system outright, that might be the better way to go.

Scott, good information! A perfect example where it pays to read the contract very carefully before signing.

trying to record something against a property so as to do business...PASS ON THIS

Interesting topic that I had never heard about before. I must admit that I would likely seek out some legal advise on this, but I am unclear why anything would need registering against the title and for what reason... Thanks.

Like with any contract, it's important to read the fine print.  I have solar for electricity generation installed at my home in Virginia without any problem.  I paid for it using my home equity line.  Outside "financing offers" for any major expense for the home---not just solar installations---need to be reviewed carefully before signing!

As more and more solar panels are installed more and more real estate transactions are improperly valued, delayed and even cancelled due to the lack of understanding of true value of solar equipment.  Solar equipment represents complex financing arrangement.  Reading the fine print as so many other folks have commented is absolutely critical!

At SolarValuations, we developed a 3rd party solar equipment disclosure report by industry experts.  We help expedite and simplify transactions involving solar by providing data that helps investors make smart decisions.  If we can help you answer any solar related questions please feel free to get in touch.  We would be happy to help.  Check out our sample solar equipment disclosure online. 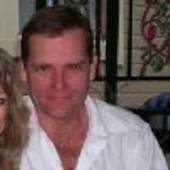