It’s time for this Brandywine, Maryland  real estate observer to tackle the New Year’s roundup of the Year in Real Estate (along with the traditional disclaimer that, since the actual statistics won’t be tallied until 2014, this has to be a lot more sizzle than steak!) But this is one time in the year when we Brandywine, Maryland residents get to take pause to relax, perhaps put a bottle of bubbly in the fridge for later on, and take a sweeping view of the general direction of things across the land.

If you’ve been reading here throughout the year, you already know that 2013 Brandywine, Maryland  real estate activity might easily justify chilling a superior vintage champagne: it’s been a pretty darn good year! A smattering of last week’s press reports confirms it:

·         From the East Coast to Oahu (where there was a “1 in 3 chance” that if you sold a house, it was for more than the asking price), reports were of steadily rising prices.

·         The Business Insider reported that the Big Apple “managed to shatter several real estate records in 2013.” One of the records was a tidy listing for a modest little 62,000 sq. ft. private coop residence. Sure, $130 million may sound a little steep to us here in Brandywine, but that might be because so few of our digs have 82-foot swimming pools or tennis courts…at least not indoors, inside our five-story apartment atop a skyscraper.

·         More down to earth might be NAR’s assessment that “Housing prices rose faster than expected” — with a lot of credit given to the fact that “affordability remained high.”

·         Another factor: “More first-time buyers” were entering the market due to “rising rents and pent-up demand.”

·         Following suit, the Dallas News was touting a local home market that “came roaring back in 2013;” one that had “builders rushing to keep up with demand for new houses.”

·         The Realtor® web awarded credit for the strong real estate year to “Low mortgage rates, all-cash buyers, and tight inventories” that sustained the housing market recovery. Our Brandywine real estate saw much of the same.

·         There was one notably bleak spot: “ACT real estate hit hard by election” the Times reported. “Uncertainty” about election politics had created “subdued performance during the year” and some “negative house price growth.” The best news: this was the Canberra Times – and the country was Australia!

So let’s wish those Down Under a quick turnaround; then, after a relaxing day watching the Rose Parade and a bowl game or two, let’s get ready to charge into an equally dynamic 2014. 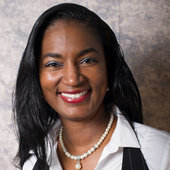 Homes for sale in the Chaddsford, Brandywine Maryland