Home > Blogs > Joe Kenny > Better Than Your Average Joe
bookmark_borderbookmark
Another year has come and another one gone
Let's take a look back it shouldn't take too long.
The Super Bowl showed us some brotherly love
The Harbaugh's in action with John a cut above.
Pope Benedict departed from being our Pope
Making room for Francis, the churches new hope.
Explosions in Boston took the lives of a few
But never takes the spirit of the red, white and blue.
In 17 seconds the Hawks lit two lamps
58 seconds later they were Stanley Cup Champs.
Catharine and William provided London with joy
Buckingham Palace announced the birth of a boy.
Kim Kardashian along with Kanye West
They had a baby girl and named it North West.
We said goodbye to Stapleton, Winters and O'Toole
Ebert, Gandolfini, and Mandella a jewel.
A government shutdown, a site that wouldn't  work
Miley Cyrus and her tongue and something called twerk.
To my clients and friends I offer you this cheer
May you all have a healthy happy new year.
Like favorite_border
favorite_border 0
Re-Blog
repeat 0
bookmark_borderbookmark

Joe, I love it! Did you write that yourself? Happy New Year Friend!

I'm sorry for not responding sooner. Yes I wrote this, a little talent that I'm starting to incorporate into my business practices.  It's a good life.

Clever way to sum up the year! Keep on doing this for your business.

Thank you Margaret, I'm thinking about doing property discriptions the same way.  It's a good life. 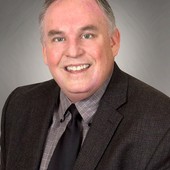