This blog is an overview of the 2013 year for commercial real estate news in Austin, to include the following primary markets.

For 2013, Austin had a banner year in commercial real estate news. Averaging approximately 150 per day moving into the city, provided the impetus for Austin major population growth. Austin is expected to have almost 2 million people within the next 2 years. For starters we will look at Retail The retail market in Austin in 2013, within the metro area of Austin had a 96% occupancy rate. New projects have been slated in downtown Austin and there is currently alot of emphasis on mixed use development and deliverables. Witha 4% vacancy rate, landlords in this commercial real estate market have the upper hand, it is very difficult to find a retail space in Austin that is being quoted less than the mid to high $20's per square foot per year for Class A type property.  New retail properties that are being built having asking rates anywhere from $24 per square foot to start up to $35 per square foot per year plus expenses.  Class B retail spaces are more competive and the specific sub-market the property is located in dictates the lease rates based on vacancies.

Overall vacancy rates for the Austin office space market came in at approximately 12% overall. The most significant occupancies were in the downtown Austin area with below 10% vacancy rates.  Again when we look at vacancies the laws of supply and demand kick in , lower vacancies typically mean higher lease rates, why typically? Well it still has some grey within the specific sub-market the office space is located in, for example Round Rock, TX would not be the same as downtown Austin for availability or for lease rates.  As far as lease rates go for office space, Class A lease rates were in the mid $20's per square foot per year to start.  Lease rates for office space are quotes as NNN, Full Service or Gross being modified or not. See for more information on how offices are quoted.

Austin's warehouse space followed suit along with retail and office properties. The industrial property market came in at below 10% vacancies, these vacancy rates have not been seen in quite awhile. Depending on the type of warehouse space in Austin the tightest product has been the sub 5000 square foot warehouse spaces.  For tenants that don't have alot of flexibility on location, the supply of small warehouse space near Austin is much more limited than the outying areas of Austin.  Typical warehouse lease rates are quoted on our website. As far as for warehouses for sale , the highest concentration of this product is in the 20,000+SF plus range.

Austin is forecasted on a growth trend for the next 2 years , the key question for Austin's growth could be infrastructure and handling the expanding population.  Lease rates for office, retail and warehouse properties will continue upward.

Sounds like your market has a hot commercial component!  The projected growth is great. Our area is still a little slugglish still moving through some downsizing.  But some new things are starting to surface.  Thanks for sharing.

Thanks for the comments, yes we are growing that is for sure. 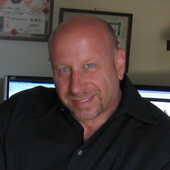