Shortly additional rules under the Dodd-Frank Act will go into effect.  New rules have been slowly rolling out in the mortgage industry over the past few years, increasing the cost of compliance.  This latest set of rules, however, has the potential to create a larger impact on the broader housing market as they take aim at actual qualifying ratios rather than required disclosures.

The basic premise of the new rules going into effect is that lenders will have to verify that borrowers can repay their home loans.  This is sound practice, no one wins when loans are made that cannot be repaid.  The issue here, however, is that the regulations are a one-size-fits-all approach to consumer credit that could dampen the loans available to many consumers.

Cutting right to the meat of these regulations we find a debt to income ratio of 43% being imposed.  Basically if banks are making loans over that 43% threshold they lose the safe harbor from being sued by homeowners who lose their homes and claim that the bank made them a loan that they could not afford.  This is a huge liability, and it likely means many or most banks will not make loans that do not fit.  This was such a large issue that the rule was actually changed so that all loans eligible to be bought by Fannie Mae or Freddie Mac would qualify as 'safe harbor loans' - but only for the first few years that this rule is in effect.  After that the rules become more strict.

Will this impact the broader housing market?  I don't know.  With the lower inventories and high percentage of investor purchased homes it may not have an immediate impact, but longer term I don't see how it cannot have an impact.  That is especially true when coupled with the likely rise in interest rates we will see at some point - which will increase payments and in turn DTI, lowering purchasing power for consumers.

While I don't do conventional loans, the conventional lending market is closely tied to the general real estate market and is good to pay attention to.  I will be curious to see how this plays out. 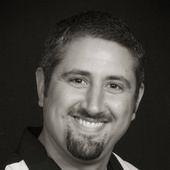