Did you know new lending guidelines will be in place beginning this March?

Home prices have been on the rise and along with that the mortgage interest rates too, have gone up. Lending rules are getting tougher. Even though Fannie Mae and Freddie Mac do not originate new mortgages they do buy about 66% of the loans underwritten by the banks. Fannie Mae and Freddie Mac have announced new tougher guidelines which go in effect starting March 2014. This is expected to easily add about half a point to the interest rate that a fixed rate borrower will pay. Next month in February 2014 federal rules known as “ability to re-pay” and “qualified mortgage” are also set to kick in. These rules impose tough penalties for banks that write unconventional mortgages that go into default later on. With the fear of penalties, banks will not have much leeway when considering loans to borrowers who are self-employed, who are commissioned or have a new job. 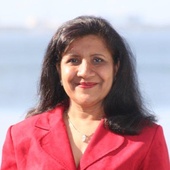