The Holidays are just behind us and already we are coming up to the first big economic event of 2014. On Friday the employment report for December will be released. In addition, it is "jobs" week with releases such as Wednesday's ADP payroll report and Thursday's first time claims for unemployment. The stock markets ended the year on a roll and much of this roll was due to economic optimism which arose from strong jobs reports during October and November.

This month we not only will be watching the December release, but also potential adjustments to the previous two months' numbers. The unemployment rate fell from just under 8.0% to start 2013 to 7.0% by November. The increased number of jobs created bodes well for overall economic performance and also will help dictate how quickly the Federal Reserve Board will wind down their stimulus programs.

It may well be that market watchers have come to expect stronger jobs reports and any numbers released well short of 200,000 jobs created may cause some consternation in the markets. While stocks may react negatively to a surprise on the downside, this would likely help dampen the rise in long-term interest rates we have been experiencing. In addition, because the jobs report is being released a bit late this month because of the Holidays and the calendar, the February report will come rather quickly.

Sales of new single-family homes dropped 2.1 percent in November, according to the Commerce Department's latest new-home sales report. New-home sales reached a seasonally adjusted annual rate of 464,000 units for the month. Still, that's up 16.6 percent from November 2012, and last month’s numbers were close to October’s revised sales pace of 474,000 units — the highest level for home sales since July 2008. “The very low supply of new homes on the market and tight credit conditions for home buyers shows that builders are still cautious about getting ahead of themselves,” says Rick Judson, chairman of the National Association of Home Builders (NAMB). The report followed a Commerce Department report showing that new-home construction hit its fastest pace in five years. Housing inventories, though, remain tight at a 4.3-month supply, with inventories of new homes hovering at a four-and-a-half-year low. Sources: Reuters and NAMB

Though borrowing costs are increasing as interest rates have lifted from their historical lows, some real estate professionals believe the rise may boost home sales. “It will get people sitting on the fence to decide, ‘We better do something or it’s going to cost us money,’” says Margaret Dixon, a real estate sales associate with Crye-Leike in Tennessee. At the end of 2012, Rates on 30-year fixed home loans averaged 3.52 percent. At the end of 2013, Freddie Mac reported that 30-year rates averaged just under 4.5 percent. “A 1.0 percent increase usually affects around $30,000 in buying power,” says Todd Reynolds, a real estate professional with Goodall Homes. Higher interest rates, along with higher home prices, may prompt more home buyers to act quickly before costs rise any more. “They realize the house of their dreams may never be cheaper than it is today,” says Reynolds. “It creates a sense of urgency.” Economists are predicting that rates will likely rise to 5.0 percent or 5.5 percent in 2014. “Most people realize the 3.0 percent-range interest rates are gone, and they’d better be glad to get 4.5 percent,” Jay Bradshaw, an agent in Cumberland, Tenn., told The Tennessean. Source: The Tennessean

Home prices surged 11.3 percent this year compared to 2012, the latest housing data by the National Association of Realtors® shows. A rise in home prices has pulled more home owners out from underwater with the return of equity this year, NAR notes. On NAR’s Economists’ Outlook blog, researchers explain that a borrower who bought a median-priced home in 2004 and held it for nine years – the average tenure in a home – would now have $28,114 in equity (includes combined price appreciation and paying down mortgage principle). A home owner who purchased a median priced home in 2012 would have more than $23,000 in equity, according to NAR research. Home owners who purchased in 2006 and 2007 – during the peak of the market – have faced the biggest falls in home prices, but NAR researchers note they are “nearly in positive equity” territory. A home owner who bought a home in 2006, for example, and owned through 2012 would have been underwater by about $28,200. However, by this year, that downfall has lessened to $4,700. Home owners who bought since 2007 are mostly in positive equity, according to NAR research. Source: NAR

FOR YOUR NEXT MORTGAGE 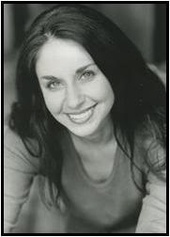