Well, it was certainly touch and go for a while, but the median sale prices for condos in Issaquah continued to increase at a steady clip in 2013. The median list price hasn’t dropped below $200,000 since January of 2013 - and the average median for the entire year was approximately $234,000. So, with the relative tight inventory - especially for condos in the ever-popular neighborhood like the Issaquah Highlands and Klahanie, it’s likely prices will continue to rise in 2014.

As Issaquah home and condo owners are well aware, there was a literally “glut” of condos on the market in 2010 & 2011, including an exceptional number of short sales and foreclosures. While the housing market was already in recovery by mid to late 2011, the condo market was slow to catch-up, until the distressed inventory was cleared.

As current condo buyers know, the days of having an ample selection are long over. And with the new construction condos and town homes in the Highlands by Pulte & Polygon pushing prices up, in addition to other new condo projects on the horizon, it’s almost certain buyers in the Issaquah area will continue to feel the pressure. 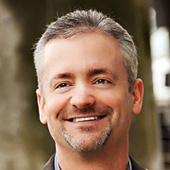 Thank you for visiting! I am a full-time real estate broker and REALTOR® with Coldwell Banker Danforth, located in Seattle, Washington. I specialize in serving clients in the Eastside Seattle communities of Bellevue, Kirkland, Issaquah, Sammamish, Fall City, North Bend, and Snoqualmie Ridge, where I reside. I look forward to assisting you with your real estate needs.