Average selling prices increased 13.2% year-over-year for detached homes and declined 7.9% for attached houses, reflecting continued weakness among condominiums and three bedroom town homes. The average sold price of attached two bedroom homes, mostly one-level towns and duplexes, was up nearly 20% to $149,365. Meanwhile, the average sold price of detached homes of four or more bedrooms was $250,091, the highest average seen in the county since August 2012.

Want to predict the future? Two measures bear watching: the number of homes actively on the market and the tally of pendings, or properties under contract. For five months straight, more homes have been for sale, and fewer placed under contract, than during the same months a year ago. At end of December 2013, the count of active listings stood at 849, up 10.8% and an 8.5 months’ supply. Pendings, at 150, were down 17.6% from December 2012. So, the pace of sales has been slowing at the same time as inventories of unsold homes are rising—not happy news for those wishing for price growth in the first part of 2014.

December’s results were a turnaround from the unimpressive figures achieved in November, but this just goes to show that the statistics for any single month can be like following the bouncing ball: Some months are up, others down. To see trends, one must analyze sales figures over longer time periods. In the next market report, we will look at the Franklin County market for all of 2013.

Each market is different for sure our outlook is decent but I think folks will be suprised by years end at the market overall. 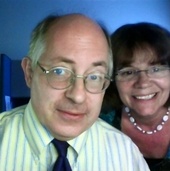