Is this a good time to look for a home in Inman Park? Most definitely. Located within two miles east of downtown Atlanta, Inman Park remains one the city's most vibrant neighborhoods and sought after areas if you are looking for an Atlanta home.

Inman Park hosts one of Atlanta's largest neighborhood festivals known as the Inman Park Festival. Sponsored by the Inman Park Neighborhood Association the event is held each year at the end of April. The festival features music, food, and fun. A Tour of Homes is also a festival favorite. One of the city's most well-attended neighborhood events, residents think it is a great way to say good-bye to the winter and welcome the spring season.

In todays market a home in the Inman Park area typically ranges between $100K for a one bedroom single-family dwelling to $1.9 million for a more spacious 7000 sq.ft. five bedroom home. It is a community where beautiful historic Victorians sit nestled to more modern designed single-family homes thanks to the gentrification in the late 1960's.

Need another reason to like Inman Park? Well, if you like good food in a great atmosphere, you will not be disappointed by the plethora of restaurant options available right outside of your door. Inman Park Neighborhood hosts an annual restaurant week each fall which highlights local favorites, including Sotto Sotto and Wisteria. If a delicious brunch makes your Sunday ideal, then the Terrapin Beer Company might be a good choice. For coffee lovers there is Jittery Joe's Coffee shop. And for those who like pizza, especially authentic Neopolitan Pizza, then Fritti might become a new favorite.

I can help you to find your dream home in Inman Park or one of Atlanta's other wonderful neighborhoods. Don't delay. Call The Gina Sharma Team 770-521-7790 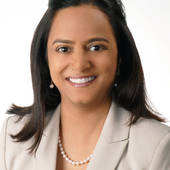