We've all had those properties that need some 'clean up and clean out' before you can think of putting them on the market.

The following is how we solved one such problem on a listing of ours in Huntington Beach, Ca:  The property was only somewhat updated and was part of an estate.  One heir lived locally in a different residence. The second heir lived in another state.  The local heir was emotionally tied to the home and the contents of her deceased partner.  The out of state heir just wanted it finished and all issues related to the deceased handled as professionally as possible.

In first meetings with the local heir, we could see her level of discomfort with parting with many of the furnishings and memorabilia.  She had no room in her current home to move any of it to her place, yet she didn't want to part with things either.  After some coaxing, she agreed that it had to be done, but couldn't easily bring herself to do it.  She needed emotional support and hand-holding!

So, in addition to selling the home, we first had to sell the contents.  The difficulty for the local heir was that every room held furnishings and memories, so we decided to move all contents to the garage and prepare to sell it for her on craigslist.com.  By moving it out to the garage, it became more like "sale items" and less like "personal items".  She was taking responsibility for selling things, with our help.  We were making progress! And the house was now less of a reminder of her lost love, and became the property that needed some clean-up/fix-up so it could be marketed.

We photographed all pieces, mostly furniture and appliances, and placed each one on craigslist, with the local heir as the contact. This put her in charge of dealing with the sale, a responsibility that she accepted.  In a week or so, all was sold!  The home got a 'sweep out' and minor touch ups and went on the market. In the next week, we had multiple offers, and closed escrow in about 50 days.  Both heirs were relieved that it was finished. The new buyers were happy that they could begin the remodel project.  The selling agent got a commission, as did we for the listing side.

We believe that it took being very sensitive to both heirs' situations and emotions to get the job done, and that in the end, they both appreciated our efforts. 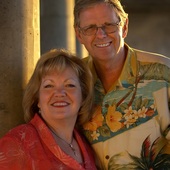