My very excited buyers closed on their first home in the Bonbrook Plantation Subdivision in Rosenberg, Texas 3 months ago. We had looked long and hard until they found the perfect house to fit their growing family. At closing, the escrow officer gave them the standard explanation about the seller credits for property taxes. The seller’s portion of taxes from January 1 to closing date had been calculated and credited to the buyers because, in Texas, property taxes are due and payable in January of the following year. The owner of record on December 31 is responsible for paying the current year’s taxes.

Last week I got a call from Mrs. Homeowner asking about the amount of the property tax credit she had received on the closing HUD statement.  In comparing the property tax credit to her tax bill for 2013 the numbers just weren’t making sense.  I called the escrow officer to ask her to re-confirm the numbers on the closing statement. After her review she confirmed what I had already figured out. The amount of property taxes she had credited to the buyers was as wrong as two left shoes.

The Fort Bend Central Appraisal District records showed that the sellers had “split” ownership whereby the property tax bill was split 50/50 with each bill listed in each individual owner’s name. At the time the escrow officer created the HUD settlement statement she had assumed that the split bills were duplicates and had only considered one of the two.  Honest error. She had been in a hurry to go on vacation.  My buyers and I could understand that she is human. We knew they were responsible for the entire bill. We just refused to accept her assertion that they were responsible for the portion that was the title company's mistake. No way, Hozay!

The issue was finally resolved to our satisfaction when the title company wrote a check to the buyers for the full amount that they had been shorted. There is a lesson to be learned. Buyer, beware do not be so quick to believe that because the property tax credits and debits on a HUD settlement were generated by a computer makes them true and correct. Nope. Whenever you buy an existing home in the State of Texas, make sure to cross-reference your property tax bill with your settlement statement to verify that the property tax debits and credits were correct. Call your real estate professional. She (or he) will be happy to assist you as part of the post-closing process.

The escrow officer made an honest error and, had it not been caught, would have cost the buyers a small fortune. Luckily, the buyers were diligent in reviewing their documents just as I had suggested to them three months earlier.

I am a full-time real estate broker helping buyers and sellers in the Fort Bend County cities of Sugar Land, Missouri City, Richmond and Rosenberg. It’s my passion.

Bernadette - now this is an example of excellent customer service after the closing. The folks are lucky to have you help them get to the bottom of the issue and get their money back. Well done!

Thanks, Anna. I do my best. 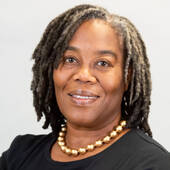