I was going to write about something different for this challenge, but two excellent posts this morning about the power of bad smells to kill a deal - by Roger Mucci and Kathleen Daniels - got me thinking. Most of us probably have at least one of these stories, but instead of adding mine to the mix, I got curious and did a little reading about the sense of smell itself. I want to share a bit of what I learned.

Smell is our oldest sense, one that even bacteria have, and originated as a way to respond to chemical presence in the environment. It has evolved in humans as a very complex sense, and utilizes over 1,000 different types of receptors in modern humans.

Our sense of smell never sleeps - we're always breathing and our minds are always aware of the smells surrounding us.

There is a very strong connection between smell and memory. Smells are excellent at triggering emotional reactions related to past events, even at very low levels of perception, and these reactions are hardwired in the most primitive part of our brains - our limbic system. So by the time we are consciously aware of a smell, our bodies have already started to react to it. Our sense of smell was a critical factor in survival adaptation, and is excellent at warning us of danger. Our reaction to specific smells is learned behavior, and there's good evidence that we begin learning while still in the womb. Thus, "bad" odors are not necessarily the same for everyone. There are people who don't mind the smell of skunk, and maybe even people who find cat urine pleasant. But within a culture, we generally tend to share our categories.

So when we take ourselves and our clients into a home that has "bad" odors, we're going to react at a very basic level. We'll get uneasy or even physically distressed, and our flight response may be triggered.

Homes with bad odors don't sell because buyers are having intense and complex negative reactions that are beyond working around. While we may not like a color or an architectural style, our reaction isn't usually  physical, and we can deal with it rationally. But odors don't always give us that ability - our bodies are already beyond that.

Showed a home last fall with so much cigarette smoke odor that the buyer only made it five steps inside before they turned around.

I have had buyers leave a house because it had the smell of Aunt Sue's house.

Throw in allergies or asthma and the problem gets magnified several times.

Love the twist and isnt that what Febreeze is made for??? To wipe out those nasty smells

Dick, I enjoyed reading your post about bad odors.  I learned a few new things about the history of our sense of smell.  Very interesting!  It is so true that odors can make or break many deals, not just in home buying or selling but also in cars and clothes as well.  Who would not mind the smell of skunk or cat urine?  That seems pretty far fetched but there are some very unique people in this crazy world that we live in.

While Febreeze is a good option for masking odors, it is only that.  A masking agent and temporary at that.  When the potential home buyers take a second or third look at the house and someone forgets to spray Febreeze (because life happens and they smell the bad odors, the deal could fall through and that means time down the drain.  But hey, you could get lucky and have clients who pay no mind and could be willing to just change whatever it is that reeks.

I have certainly had my share of smelly homes to show, but thankfully nothing on the listing side. Buyers ALWAYS comment about smells, even sometime when I am not aware. But I have not had my own buyer not buy a house on the basis of smell, unless they didn't make it clear that was the reason for not buying.

That said, we all know this is a huge issue, when it be pets, smoking or food smells. And the smelly candles and fragrances people use drive most buyers nuts. Why bother. It immediately raises suspicions.

Your analysis of our sense of smell is very interesting.  It is a science based reason for our sellers to rid their homes of bad smells.

So interesting, Dick!  I truly believe that there is a strong connection between smell and memory, because I can still remember three of the stinkiest homes I've ever toured -- even though it was years ago!

Smell and sight--no wonder we need to have our homes staged in such a way as to appeal to prospective buyers' senses. It's a subtle balance, but can't be overlooked.

I was in a home the other day where you would think people hibernate instead of live...The smell of a den permeated the whole house.

Dick well said, I read Rogers post and agree, nothing can scare a buyer away faster than a bad smell. Working REO and short sales i see it every day. Investors love homes that smell, you know why? because they know they will get them cheaper which is bad for sellers who will end up with less.

Great Post Dick.  You are correct we have all been in homes that smell and have had listings that have needed tons of work to correct it.  Thank you for the scientific side instead of "it just smells".  Have a good day, Mike.

Dick, some smells are easier to correct than others, it's something Realtors are probably reluctant to tackle with the sellers but costs them a sale. It's a huge turnoff for many.

Our house reeked of something when we moved in...we didn't notice it on our walk-throughs, but after the owners left....they left something behind.  It took weeks to figure it out.  I won't go into to it here, but since they were unhappy that we wouldn't let them live in our basement after closing, they figured they were "getting even!"

Dick I am in a position what I call a blessing & a curse...my nose is so bad I can not smell...so it has to be really bad for me to smell it:)) Clearly you are spot on, often I have seen my clients go "..Endre let's get out of here it is bad..." and we laughed how lucky I was that I could not smell it:)). On a side note what contest did you write this for??< Endre

Hi Dick - too funny I was just thinking about our smelling ablilities. I photographed a home this week were the seller was pregnant she was complaining about here enhanced sense of smell during pregnancy...made me a little self conscious :)

Dick- many homes (and condos) smell, and rarely owners know that. We get used to "our" odors and are not hearing them

Dick, that really stinks that smells can be expensive to get rid of.  :)

I've just discovered new products - DynoFRESH and Smoke Away - that treat odor problems and the bacteria that cause them at the source, rather than simply mask the smell. I encourage you to check them out at www.dynofresh.com. They are simple to use and cost-effective. Give it a try. It will most certainly address the issue and help you make the sale or rental of otherwise problem properties!

Sep 25, 2014 12:53 PM
LIKE
#48
You must sign in or register to leave a comment
Login Register
Show All Comments
Older Post Newer Post
Back to Top
Generate More Leads from this Listing
With a Trulia Pro Account
Learn More
Find what you need?
See More Blog PostsAbout Real Estate! SEE MORE NOW!
Ambassador
2,804,201 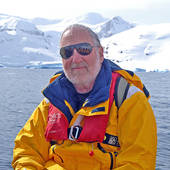