FLORIDA MAN SENTENCED TO 75 MONTHS IN FEDERAL PRISON FOR

announced that Lawrence Allen Wright, 46, of Niceville, Fla., was sentenced on Tuesday by Senior

than $3.7 million in restitution.

Wright’s sentence is a result of his guilty plea last October to a seven-count Information charging: one

making a false statement to a federally insured financial institution.

The properties later fell into default because payments were not being made on the mortgage loans.

Wright defrauded Regions Bank, which later received TARP, when he caused others to forge his ex-wife’s

signature on various documents that were then used to obtain a mortgage loan from the bank. Wright

with an inflated payoff estimate to the bank for a property he was purchasing, in order to obtain a larger

loan for the property which enabled Wright to pocket nearly $200,000. When Gulf South later failed,

taxpayers lost their entire $7.5 million TARP investment in the bank and nearly $500,000 in past-due

who funded the TARP bailout? SIGTARP and our law enforcement partners will ensure that justice is

served for those guilty of crimes against TARP.”

In pleading guilty, Wright admitted to conspiring with other individuals to commit bank fraud and

money laundering. As a part of that scheme, Wright solicited individuals to act as straw buyers to

could build homes on the lots. While soliciting the straw buyers, Wright promised to make payments on

the fraudulent loans and pay the earnest money deposit and closing costs for the straw buyers. Wright

them and that he would then share a portion of the proceeds with the straw buyers. 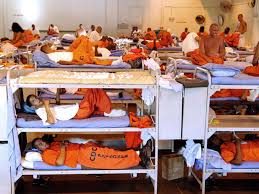 In September 2009, GulfSouth Private Bank received $7.5 million in federal taxpayer funds through the

failed and was closed by state and federal regulators. As a result of the bank’s failure, the $7.5 million in

TARP funds was lost, in addition to nearly $500,000 in missed dividend and interest payments owed by

the bank as a result of holding TARP funds.

In total, Bank of America received $45 billion in TARP funds. The TARP funds were repaid in full in

billion in TARP funds. The TARP funds were repaid in full on April 4, 2012.

Enforcement Task Force, which was established to wage an aggressive and coordinated effort to

investigate and prosecute financial crimes. SIGTARP is a member of the task force. To learn more about 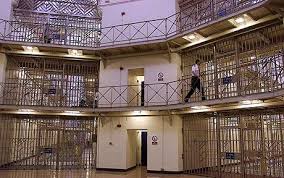 Here is what I dont understand. Fraud is wrong and it IS prosecuted and we see this almost daily if not for sure weekly yet others think they can get away with it??? WOW