Last summer I nearly had a closing blow up because the seller had no idea how little she was getting from the sale of her home.   The seller was paying the condo association about $150 a month for a repair assessment. The balance was close to $7000. In this case I was representing the buyer. I including in the contract that the seller would pay for any outstanding assessments in full at closing.

The seller's agent failed to explain this to her client and caused a true real estate closing nightmare. She sat down at the closing table having little idea what her check would be. It turned out the be less than half what she guessed it would be. You see she had a considerable mortgage to pay off too. Even though she had moved everything out of her condo, she told us all she wasn't closing. See couldn't close and she would sign. It just wasn't enough money once the assessment was paid. Over the course of the the next couple of days there was a lot of back and forth. Most of us felt the seller's agent was responsible for the problem and should pay at least part of it out the commission, but she wouldn't. No surprise, she couldn't even be bothered to attend the closing.

The buyers were just about to close on another property and wanted to move into their new place, but they couldn't because of this mess. So that sale was stalled too. Which created another set of problems I won't go into. In the end, my client agreed to assume the assessment payments even though they shouldn't have had to. They both needed to move that week and felt sorry for the seller. There was a lot of ill will for the seller's agent and before the happy ending (close enough anyway) there was a lot of screaming and shouting.

This real estate closing nightmare could have been avoided if the seller had been given the HUD closing statement well in advance of closing which itemizes all the charges and credits and shows all parties to the contract exactly who gets what . I gave my buyers a copy of it about ten days prior to closing so they would know exactly what their costs were.  If I was the seller's agent in this case I would have 1) read the contract more carefully and 2) compiled a net sheet with the sellers approximate payout at closing when she got the offer in the first place. I like to take it one step further even and have the net sheet done before the property goes on the market using an estimated value. Then I would have followed up with the HUD closing statement when it was ready. That way if there are disagreements, they can be resolved in advance and not after everyone has packed up and moved out. 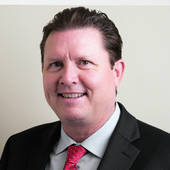