There’s a new idea for setting money aside that seems catchy. The 52 week savings challenge works on the premise that one dollar is set aside in Week 1, $2. In week 2, and the pattern continue with $1,378. accumulated at the end of Week 52.

I recently commented to a colleague about depositing a 25 cent piece in a mug every time I made an error performing a newly-learned task that day. She was not familiar with a Swear Jar either – some partners accumulate a significant amount of jingle money over a year when expletives are voiced! It all adds up! Here’s another possibility which I found astonishing! If a parent, grandparent, godparent or some other adoring kin was to commit to depositing one dollar per day in a newborn’s account – beginning on the birth date, by age 18 there would be a total of $6,570  already set aside for education, as an example! What an unexpected and undeniable thrill for the recipient when that piece of information is revealed.

In days of yore folks sometimes kept their stash in a sock, or under the floorboards. There are many tales of discovery, after the fact. For anyone who is coming up to their 65th birthday, at just $1. /week set aside consistently equals enough “fun money” to go for a little holiday to celebrate!

I’m trying the 52-week savings challenge, though late out of the gate already. Out of the blue I received a message yesterday from a friend who wondered if I might be available for a three-week stint house-sitting. She lives out of town, in fact, considerably out of town. Actually, her address is in Barbados! What a goal to strive for…though I haven’t yet committed to her invitation.

The mathematical permutations of setting aside even small amounts are mind boggling. Turning 65 would be even more rewarding is that person had been able to set aside $1. /day. Unlikely perhaps, but have you ever wondered…. 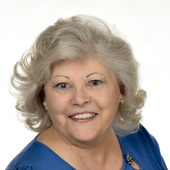