During this past year, Katy/Houston metroplex had nine communities or neighborhood in the top selling master-planned communities in the US. It is not a surprising fact but still to have 45 % of the total right here in this area is amazing to me. The next city metroplex aws las vegas with 3 neighborhood making the top 20 list.

Houston for many years has had high communities performing at a high level and this occurred even during the recession. I have seen and heard in the past, this area has a major attachment to master planned communities due to the lack of zoning in Houston and in the surrounding suburbs such as Katy. Home buyers want some type of discipline in their neighborhoods which will prevent a stop and rob ( old term for convenience store) being built inside of a neighborhood.  The compilation of data was put together byu RCLCO which is a Real estate advisory organization. RCLCO has compiled this data back at least 20 years. 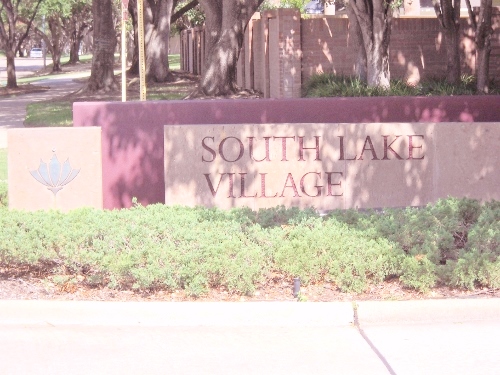 ( Above Picture taken by me is Cinco Ranch South Lake Village)

Houston is much less land constrained than other big cities.There is still a significant amount of available land in the katy area being north of interstate I-10.  It is estimated that 30% of all new home sales in the Houston metroplex area are in master planned communities. Experts such as RCLCO believe this percentage will continue to grow into the future with no slow down forecasted.

As a Realtor this list is wonderful for me as I will work deals in several neighborhoods shown on this list being Cinco Ranch, Riverstone, Cross Creek ranch, Aliana, Canyon Lakes West and Firethorne. I even could work a deal in The Woodlands but it would have to be the appropriate transaction for me to drive almost 50 miles one way to go to The Woodlands. If you are interetsed in any of these local communities call me and lets get going while interest rates are still fairly low.

Cinco Ranch sales actually show a decline in 2013 of 13% but this statistic is very misleading as Cinco Ranch is running out of land to build new homes.  This restrict created the decrease in sales.

Sales in Aliana jumped 50% from 2012 to 2013 to 468 homes sold in 2013. Obviously this is a huge jump for this Fort Bend community which is located off of highway 99 and West Airport. It was not all that long ago when many folks were afraid Aliana might actually fail.

Bob my friend, folks sure will appreciate you for such another outstanding blog post for them to visit and learn from. When folks need info one of the things which they sure will want to do, is to be sure to stop by and read your blog!

Good news for Katy. I hope you are making more than your share of those sales.

Bob, I was amazed and surprised to see this information. I am positive not many in the Active Rain Community are aware of this. Then to boot that Katy has such a large percent of the Master Planned Communities in the Country was even more surprising.

I had to smile about your observation about Houston. I had a client she came from Houston and could not believe how restrictive Los Angeles is when it comes to Building & Zoning....

Bob grest Blog and yes it is picking up in here!

I wish we have more planned communities here.

Howdy there Bob my friend, I sure know that not only the mighty fine members of this here site, but also the mighty fine non-members of the site sure can always enjoy visiting your blog and enjoy finding and reading all kinds of helpful information. Your outstanding blog sure is for folks of all ages, which the info inside sure will help them in someway or another. This here blog post sure is one of those, which folks sure do appreciate you for posting for them to come along. Folks if you happen to be needing help with Real Estate, then you sure do want to be sure an take the time to talk with Bob and when you do, you'll sure find that he is the one which you will want to enjoy working along side of.