At least weekly I am contacted by buyers looking to "get a deal" on foreclosed properties.  For the most part the bulk of Kauai HI bank owned properties are done.  The ship has sailed!

Here's a look at the REO sales over the last 5 years in Kauai HI.

Note that prior to 2009 our MLS did not have a consistent way to identify REO properties for data collection.  Also the numbers are in the year it was sold by the lender, but not necessarily the year it was foreclosed. It's been an interesting few years in Kauai real estate with changes in the foreclosure laws sending lenders into a tailspin and effectively bringing the foreclosures to a screeching halt.

In May 2011 the first law change took effect that required lenders using the non judicial process to have mandatory face to face mediation with the borrowers and a mediator to try and work out alternatives to foreclosure.  As far as I know, the mediation process was not used even one time.  Most of the lenders are not island based and so would have to send a decision maker to hawaii for the process.  Most of those lenders also could not produce the paperwork needed to do a judicial foreclosure.  This effectively shut down non judicial foreclosures.

In June of 2012 the laws were refined, however it put the responsibility onto Hawaii attorneys representing the lenders in a judicial foreclosure to attest the accuracy of the lenders documents.  This then caused the attorneys to nearly stop processing foreclosures for off island lenders due to liability and fines.

There are still a number of properties in limbo that were foreclosed 3 or more years ago.  Typically the problem is getting clear title to the properties to allow resale, this has been an issue for years and does not seem  that it will resolve anytime soon.

This is a good explanation of our current REO market. It will be interesting to see what 2014 will bring in REO sales.

It will be interesting to see what the number will be for 2014 REO foreclosures. 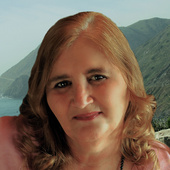