and what is happening with them.

Granville - Granville has sold 125 homes throughout 2013 which averages 10 sales a month. This subdivision in Prescott Valley AZ takes the cake in new builds for the past year. They are running low on ready to build lots but are working to get more ready for 2014 orders. Call The Stephanie Woods Team 928.237.4449 If you would like to view some of the models. Currently Granville is running low on ready to build lots. The are currently developing 100 lots they hope to have finished by next fall. The sewer lines upgrade for the Santa Fe roadway extension that will eventually connect Granville Fairway is almost complete. Granville offers two fitness centers, two club houses, two pools, a tot lot, there is a park and a school also located inside the community.


Quailwood - Located just East of Prescott Valley, Dorn Homes has really taken off in Quailwood since the bankruptcy of Empire Land in 2008. Last year they built out 62 homes. In 2014 they estimate 75 to 85 homes will be constructed. The community has grown 15-20% each year and may be built out within the next 3 years. They now have new floor models which include a 3 car garage and increased energy efficient designs. Call The Stephanie Woods Team 928.237.4449 if you would like to view any existing homes for sale or to check out the new models.

Stoneridge - Stoneridge is located just South of Highway 69 on the West side of Prescott Valley. Last year they sold 50 homes and expect a similar count for 2014. They have a 47 unit, nine-acre villa project planned as well. The villas will range between 1,600 to 2,000 square feet with the golf course adjacent. The plan calls for them to be north of Old Black Canyon Highway. Call The Stephanie Woods Team to see the new villa plans.

Pronghorn Ranch - Twenty-seven homes were sold last year by Mandalay Communities. They believe this year is going to be good. Mandalay plans on developing duplex's and single level townhouses. They are hoping this will appeal to the second home buyer's. I personally am excited to see their new RV and hobby car garages in store for the community. Call The Stephanie Woods Team to check out these new style homes.

Viewpoint - Three homes were sold in 2013. They hope to build another 6-7 homes in 2014. Most of the new lots are North of the subdivision with one empty space in the solder section which may be for a spec home. You can get a spec home, semi-custom home, or custom home in Viewpoint, located in North Prescott Valley. Call The Stephanie Woods Team 928.237.4449 for more information. 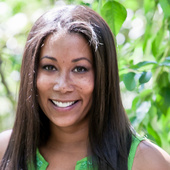