How Does the Omnibus Spending Bill Impact the USDA Loan Program?

After HR 2775 ended the government shutdown in October of 2013 Congress had a deadline of January 15th to pass another funding deal, either a full spending bill for fiscal year 2014 or another Continuing Resolution, to avoid another shutdown. We are happy to report that they not only have agreed to pass the Omnibus Spending Bill for fiscal year 2014, but also the FY14 Consolidated Appropriations Act that directly impacts the USDA Loan Program! Congress passed the FY14 Consolidated Appropriations Act this week, which is part of the Omnibus Spending Bill that passed  last month which funds the government for the remainder of fiscal year 2014.

While this spending bill extends current eligibility through September 30th, Washington is working towards ensuring that many, if not all, current eligible areas remain so for the foreseeable future. The very important Farm Bill will be pushed to be voted on prior to the end of the fiscal year. As a reminder, the language in the Senate’s version of the farm bill would extend the majority of the existing areas through the next census decennial review in 2020. 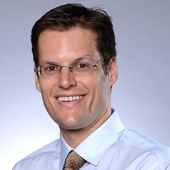 Sean Stephens has an expertise in mortgage lending with experience since 1998. With his extensive loan knowledge, Sean has dedicated himself to become the “USDA Loan Pro” and help people discover the many benefits of the USDA Rural Home Loan Program along with how it can empower them to homeownership. In 2001 he founded Metroplex Mortgage Services, Inc. in Tampa and since then has built a team laser focused on helping homebuyers navigate the financing maze of VA, FHA, Conventional, and of course the USDA program. Sean currently holds his mortgage license in Alabama, Florida, Tennessee, and Texas. And best of all, he loves what he does!