When I moved back to Delaware from Colorado, I was in contact with a lot of friends via the internet. Chatrooms were at their peak in the late 1990s and they began to alter the way we communicated. Announcing that I was going to get my new license plates the next day and was going for a vanity tag, I joked that I should get BRB K on my tags because it seemed to be the thing I typed most often. For those of you not into net speak, that’s the short hand way of saying, “Be Right Back, Okay?” With multitasking as one of my fortes, it seemed to be something I typed often. It did become my license plate. And the reactions to it have been interesting. Some clients who saw it immediately lit up because they knew it meant I was open to tech knowledge. Some would just ask me what it meant. But one day at a red light on a warm spring day, a guy pulled up next to me and yelled, “Hi Barb!”

“What are you doing with her car?” he questioned, looking seriously concerned.

I’ve tried to guess at the meaning of vanity license plates that I see, and also the logic of why they’re there. Seven characters with such potential for importance.

“BIG FUNN” made me ponder if they were making a statement about their stature or just saying they were over the top in their quest for things to make them happy. And two Ns... Did they already have BIG FUN? Maybe it wasn’t enough.

MAKA DIF was a cool challenge. I wonder if they were trying to do that daily. After all, they seemed to be challenging everyone on the road to make a difference, so I hoped they started at home with that thought.

The people who get the license plate that matches the make of their car truly puzzle me. AUDI on and Audi. Hmmm. Were you afraid you’d forget what kind of car you drive? Did you want to make SURE the people behind you know what you’ve achieved?

BLU BYU makes me chuckle. Either they really love the Bayou or they’re screaming to the world that they love to speed. Do they have a way to change that when they’re around the police?

AU YLOKS threw me at first. Then the AU hit me as Gold and the rest followed. Goldilocks.

The potential for misinterpreting things in print is all around us. If in doubt, ask. Those seven characters on a license plate might just provide a laugh or make you shake your head but when misinterpretation occurs elsewhere, say in an offer, the results might or might not be so humorous.

My daughter watched me texting one day years ago, asked a question or two, and then said, “Mommy, type this... WDTM.”

Thank you for the fun post. Have a good weekend.

Good morning Monica. This is so beyond me. I just learned LOL and TY. That said, I am doing just fine thank you. Enjoy your day.

Carol - It was sort of a game for me and my daughters when they were younger. Glad you enjoyed it!

Gita - Thanks. Have a great weekend!

Sheila - I had help! I have kids who decipher things for me. I've edited one-liners that kids put in the various programs I've designed and I warn them that I edit. One such liner was full of abbreviations that I don't think the poster thought I'd know.. but just to be sure, I ran it past my daughters who verified that it had things hidden which wouldn't have been allowed in full form. Have a great day! 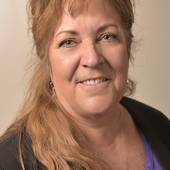