You may or may not have heard all the palaver last week about Myrtle Beach having been declared the "Third Best Small Metro To Buy a Home". This was done by some strange website called "Nerdwallet.com" which I've never heard of, but which is apparently respectable, judging from all the news sources repeating it.

They say Myrtle Beach ranks high because the median cost for a homeowner has a ratio of forty percent less in expenses to income per month. I will have to agree with that. I think the south is lower than most places anyway, with cost of living prices.  And I'm from North Carolina...having moved here 20 years ago.  It is about the same down here for groceries and such. But gas is cheaper.  Taxes are cheaper if you're not inside the city limits of a beach town. We don't have $40 a year car inspections...in fact we don't have car inspections at all.  I think our car insurance is a bit higher, but not much.  Outside of the beach our housing is less expensive or equal. Restaurants are all over the place with prices, but they are in such competition with so many, they offer incredible deals as soon as the tourist season is over.  I suspect you can dine out for less money at the better places. But with all this, we don't have all the highways wrapping around themselves and confusion that a city like Charleston has. Traffic gets thick in the summer and then is practically nothing the rest of the year. Streets are spread out and most drives around Myrtle Beach, North Myrtle Beach, and further south are pleasant and relaxed. You couldn't even pay me to try and drive around Charleston. I wouldn't even think about some place like Atlanta.  I'm just not used to stressful driving now.

And we have EVERYTHING that a big city has.  We've got live shows - more than we need. Shopping is like something out of Las Vegas. I can't even count all the malls, outlet stores, and shopping complexes on the water like Barefoot Landing or Broadway at the Beach. We probably have 1500 or more restaurants, and many stay open till 10-11 pm. In the summer they are open half the night. We have nightclubs, piano bars, sports bars, beer joints, dance clubs, live bands, all the time. We have charter boats, casino boats, speedboat rides, and even pontoon rentals you can take out in the morning on the Waterway and bring back before dark.

Everyone knows we have golf. Do we ever! Even with several closures we've still got around 90 golf courses in the 60 miles that make up the Grand Strand. We have a zoo. We have an aquarium. We have a gigantic sculpture garden venue called Brookgreen Gardens that rivals the Biltmore House in Asheville. We've had live shows with celebrities like Tom Jones, The Monkees, The Backstreet Boys, Alabama, and several Broadway productions such as Jesus Christ Superstar and Cats. They've even filmed a couple of movies here, and now we have the dubious distinction of a tv show - Myrtle Manor.  (Note I said dubious)

We have a top notch Humana Hospital in Myrtle Beach, and every kind of physician from plastic surgeons to heart specialists to oncologists to pulmonary specialists. There's a doc in the box about every 5 miles, and dentists, veterinarians, eye doctors, and chiropractors everywhere along the Strand. You often don't have to drive more than 5 miles to do everything a person needs to do. Grocery and drug stores abound, and Walmarts flourish.

In other words, living in Myrtle Beach is like enjoying the easy small town lifestyle with all the perks of the big city that doesn't shut down at dark. Do we deserve 3rd best?  I think we deserve 1st or 2nd, personally. Come and visit. You may want to leave that cold weather and retire here. Our summers are hot, but our winters are mild and our springs and falls are like Paradise.

I wouldn't trade it for anywhere else! If you decide you want to share this beautiful place, and need a real estate agent, go see Greg at Century 21 The Harrelson Group.

Jan, you have made a great case for considering Myrtle Beach, South Carolina as a place to visit or call home!  I enjoyed learning more about a beach destination I had always heard about but was not familiar with.

Well thank you!  It seems like most of the people back where I came from prefer the non-commercial beaches up in Brunswick County. They don't want cement and palm trees and restaurants and fancy condos.  They want a big old beach house, a nearly empty beach, and crickets chirping. I had that back in High Point, NC!  LOL.  I don't care for the crowds 3 months out of the year... but I want my plethora of restaurants and to have something to do anytime I'm bored.  I may not ever do much...always on the computer...but if I take a notion, I can. I would go crazy living somewhere that had one grocery store and a diner and that was it. But to each his own, I guess! You need to come down.  If you come off season like maybe in March, you can stay a whole week for what it would cost you 2 days anywhere else.  They practically give away hotel rooms in the winter.  Thanks! 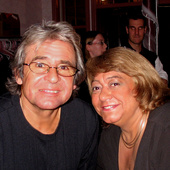