In 2014, new mobile gear will help you connect with customers, sell your product and stay productive wherever you are. In other words, these four burgeoning mobile technologies are primed to change how you do business in the new year.

Phablets: If you don’t already own a megasized smartphone/tablet hybrid — often called phablets — you might by the end of 2014. Over the past two years, smartphones have been getting bigger and bigger. In 2013, phablets, such as the 5.7-inch Galaxy Note 3, saw huge success, and scores of huge smartphones are set to debut next year. Business users in particular can benefit from the extra screen real estate afforded on a phablet. Their big displays are more comfortable for Web browsing, compared with the cramped screens on smaller devices. And they offer the space business users need to view or edit documents and spreadsheets on their smartphone. In other words, owning a phablet means you can do real work on your phone.

True mobile multitasking: Mobile operating systems such as Android and iOS were designed to display one app on-screen at once. Real mobile multitasking, however, requires the ability to view two or more apps at the same time. This year saw the debut of the productivity-boosting feature on Android phones from makers such as Samsung and LG. The rise of large phablets have made it more practical to work in multiple windows at the same time on your phone, but the feature is also available on more modestly sized handsets like the 4.9-inch Samsung Galaxy S4. Meanwhile, the proliferation of Windows 8 tablets has helped bring true mobile multitasking to larger slates. That’s a plus for the mobile business user who wants to check their email while browsing the Web, for example. Expect more devices to ship with side-by-side multitasking this year.

Smartwatches: The first big smartwatches launched in 2013, but 2014 could be the year they hit the mainstream. A string of wrist-ready devices launched this fall, and heavy hitters, including Google and Apple, are rumored to be readying smartwatches for release in 2014.The wearable gadgets aren’t just a novelty; they could have major benefits for business users. The existing models pair with your smartphone, then scan your accounts to notify you of incoming email, text messages, calendar events and more. That means business users are less likely to miss an important email, phone call or meeting because the notifications are right on your wrist. Some models feature a built-in microphone to let users dictate notes or perform hands-free searches on the fly.

Tablet/laptop hybrids: It’s the return of the netbook. Tablets that pair with keyboard accessories aren’t new, but they are becoming more popular. More importantly for business users, 2013 was the year when tablets finally became powerful enough to replace your laptop for real work. Powerful slates such Microsoft’s Surface Pro 2 actually have more in common with Ultrabooks than most tablets. Not only that, but the rise of Windows 8 tablets means business users finally have access to a desktop operating system on a tablet — the same operating system they probably use in the office every day. Meanwhile, tablet hybrids such as the ASUS Transformer Book T100 prove you don’t have to break the bank to get a keyboard-equipped, business-ready tablet. Expect more of the same in 2014.

The story was originally published on BusinessNewsDaily. 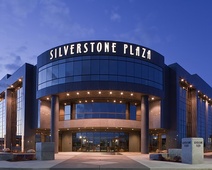