Ok, I admit it.  I was hooked on playing Candy Crush Saga on my iPhone.  I was also a Candy Crush purist.  What does that mean?  Well, I made no Facebook announcements to my friends to get free lives and I refused to pay a dime to get to the next level.  Of course doing it this way takes much longer.  Some levels might take me days or even weeks to complete. (Level 79 was particularly hard).  So, how did this almost ruin my real estate career?

It started when I was asked to give a home tour for 80 investors looking for investment property in Las Vegas. I was all set for the day and had three homes picked out for showing.  In Las Vegas, most real estate agents use the Supra Key electronic boxes.  The cool thing about that is that savvy agents, like myself, use the iPhone to unlock these boxes using an app on the phone.

I made sure to sync the program at the beginning of the day, so that I would not have any problems getting into the homes.

At the appointed hour, the bus containing 80 investors rolled up to house #1 and told them all about Las Vegas and the three homes we were going to see that day.  As luck would have it, this home had a mechanical box, so I just plugged in the code without needing my phone.  Things were going great, until house number two.

When I got there, I excitedly ran to the box, put my phone up to the lockbox and heard the sound that started my heart pumping.  The phone would not sync up and unlock the lockbox!  There was a giant 'X' over the update button.  It would not work!  "How can this be?" I thought to myself.  I had checked it earlier in the day and it worked fine!  I tried everything - restarting the phone, erasing the app and reloading it.  Nothing worked so I had to call the lock box company and yell at them while 80 people watched on.  Minutes felt like hours.  It was horrible.  Did I mention that as I was trying to figure out why my phone wasn't working, I had a fake smile on my face as I was answering question after question from the inquisitive investors?  "What’s are the market conditions?"  "Could we put in a low ball offer?"  "Is it a foreclosure or a short sale?"  Ten minutes passed and I still could not get it working.  The lead investor (that invited me to show the homes to his group) said that we should probably move on to the last house as we were running short on time.  I agreed, but still didn't know if I would be able to get into the home.

I got in my car and started to race to house number three as I was determined to get there before the bus to try to get this figured out.  Driving to a home using your phones GPS, while trying to sync another program and talk on the phone is a crazy idea (and now illegal in Nevada).  I am sure I almost got into a wreck on the way there.

As I walked up the house number three, I frantically looked for the lockbox and almost fainted right there.  There was no lockbox on the house! How crazy is that?  My well thought out plans were failing in front of my eyes!  First, we can't get into a house because my phone would not unlock the lockbox, then there was a chance that we couldn’t get into a home because I didn't confirm that there was a lockbox!  My heart was sinking as I saw the bus roll down the street getting closer to the home.  On a crazy whim, I walked to the front door to see if it was unlocked.  I grabbed on to the handle and almost fell over because for some reason, it was already open!  How crazy is that?  The house was unlocked and my real estate career was saved!  The investors saw the home and all was well in the world.

What does this have to do with Candy Crush Saga?

Well, that answer came days later when I had a chance to really talk with tech support and figure out why my phone would not sync.  As it turns out, while I was waiting for the bus of 80 investors to show up, I was playing Candy Crush.  And as usual, when I ran out of my 5 lives I went to the date/time section of my phone and set it to the next day so that I could confuse Candy Crush into giving me more lives.  Normally, when I do that, I go right back to the date/time setting and return it to the current time.  However, this day, I forgot.  As a result, the phone thought it was the next day.  That lapse of good judgment is what caused the electronic key to get confused and refuse to sync.  If I had just changed my clock back to the normal time, I would have been fine.

When I realized my mistake, I vowed to never change the clock settings again on my phone.  My Candy Crush addiction instantly ended.  I could not believe that my Candy Crush addiction could have caused me so much pain.  The good news is that I have moved on and almost never play the game.  It was a lesson learned the hard way.  Now, if someone can just help me on level 78 of Jelly Splash, I would be most appreciative.

Technology:  New ways of getting screwed up!  I've been afraid to try Candy Crush Saga -- too many people I know are clearly playing it way too much ..

I get facebook friend asking me to play stuff all the time. I have never even looked at any of these things. Who has the time???

Wow, what a story. You had me hooked. You know, this is a reason I do not use my cellphone for access to a lockbox. There are too many variables of things that can go wrong, from running out of battery to having no cell tower signal to dropping it into the toilet just before showing homes. My business is too important to rely on my phone to do double duty as a display key, so I just carry an extra device with me that I know come hell or high water will work! It's a display key. It if doesn't, I can just call the number on the back and a friendly operator will tell me to straighten out a paper clip, stick it in the hole and reset the display key. A display key never fails. A cellphone can fail. Just sayin'.

Oh display keys fail...when they hit the tile floor in the kitchen at just the right angle.  I managed to break one into a hundred pieces.  I quit the game addiction after Angry Birds.  Found myself literally becoming aggitated because I couldn't move to the next level.

I play CC so of course I read this, but I never thought to change my phone settings to play more...lol At least you had a happy ending! Recently I went to show and did not have my ekey with me, most embarassing...now I double check and make sure I have it on me. I havent ventured to the phone ekey yet!

WOW! Now that is a story! I have never played the game...and now I don't think I ever want to!

Those damn games cost so much in time and productivity, I sometimes wonder if they are a foreign plot to destroy the country from within.

Glad that your day was saved with an unlocked door, and that you were able to kick the habit.

Elizabeth -  Just wanted to let you know that even if you lose cell connection, the eKey will still work.  In fact, you can load the software to an iPad even without a cell card in it.  All the program needs is the ability to have a connection once a day to re-sync.  So, even if my cell phone died in the middle of the day, I could, theoretically use my iPad to open lockboxes.  Of course, I would have to still call and get it enabled.  :)

Thanks for the tip on how to get addtional lives on CCS!  Those pesky lockboxes.   We just go the app for our Sentrilock cards and thought it was cool not to have to carry the physcial card but if you run out of charge then you would be out of luck....technology has it's place but sometimes being old fashion is still best.  Had my lockbox with a dead battery and wished I had a combo box for a backup.....

Good luck on your next game addiction.

HA! Well I'm over level 500 and have never changed the date! didn't even know you could do that but we won't discuss how many $1 here and there I have spent for an extra lollipop or 5 extra turns.... *cough* * cough*

Jimmy -- What a story! You must have been exhausted when you were done. Good thing you figured out the problem so now you know that will never happen again!

OMG, what a ordeal.  Although I have never changed my time to get more lives.  Glad you learned the lesson for us.  Now I know what not to do.  Thanks for the heads up.

My blood pressure rose when I read your blog! I am glad you were able to figure out  the problem and relieved that the third home was unlocked. By the way, my FB friends used to send me Candy Crush invites but I ignored them. I don't need to add another addiction to my life, and your ordeal reaffirmed that. LOL!

Jimmy..that's a pretty funny story! I can just imagine your panic. First of all, I can't imagine having to show homes to a bus full of investors- let alone not being able to get my phone to sync with the lock box...and then find out it was all my fault! lol Glad it worked out!

As I read your fascinating horror story, Jimmy, I panicked for you. Wow! Amazing how it turned out favorably. Funny story.

Thanks All.  After the investors left, I called the listing agent on the third home and she didn't know the lockbox was gone, much less that the door was unlocked.  It was a suprise to us all.  :)

Although I'm not a Candy Crush Saga player (give me Bejeweled Blitz! and Scrabble), I have certainly been in the "lockbox isn't working for no apparrent reason" situation.  Sometimes it's dead batteries in the fob (which I now keep extras of in my car) or extreme cold (with the client standing in the frigid weather while I try to get it working).  It is the most horrible feeling!

I enjoy Candy Crush, but only play it on my iPad or home comptuer.  And I ONLY play in the evenings after work is done.

Jimmy, you had my heart racing while engaging in your saga with the investors..... I'm sure glad it worked out and you figured out why all the craziness happened. I've heard about that game and keep far away....lol

Thanks Bob and Will!  All great comments. 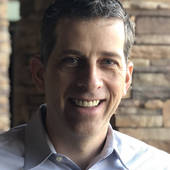