Walk Score did an interesting story this week on the best cities in the country for public transit.  Those of us in Seattle know that while our light rail is improving, we've got a long way to go with buses and cross-lake traffic.

Still, though, Seattle came through on the West coast as the second-best city for transit.  We were also ranked #8 nationally.  While our Transit Score of 57 is a far cry from San Francisco's 80, it's a nice reminder that the transit options in the greater Seattle market are improving.

The interesting turn in the story is the connection to real estate values and quality of life.  I'll let the Walk Score folks put it in their own words:

There’s growing evidence that buying a house or renting an apartment near public transit is a smart idea.

So, does your home buying process include a valuation of proximity to transit?  Maybe it should. 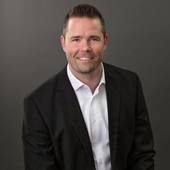