This is the third market update as a service to clients and prospects.  We are providing home sale data across the markets we cover in Plymouth County & Cape Cod.  Today is DUXBURY, MA.  We will compare Q4 2013 vs. the start of the new year January Month To Date (MTD) 2014.  We expect Data to still point to weakness in terms of sales vs. inventory or homes for sale and prices to rise through 2014.  Here is a brief recap: 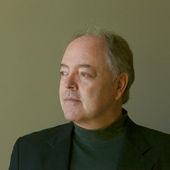