Charlotte is one of the largest cities in the United States boasting a ranking in the top 25 for population.  So, with that many people getting around Charlotte public transportation is and has become a necessity.  It also is popular among people who work in uptown and do not want to pay for parking.

Charlotte, NC is run by the Charlotte Area Transit Authority (or more commonly known as CATS).  It is the central hub for all the buses and light rail in the Charlotte, NC.  It is the largest single public transportation system in the south between Atlanta Georgia and Washington DC.    On an average day it runs over 70 different bus routes and a light rail system connecting the southern part of Charlotte with uptown Charlotte.  In addition it has services for the disabled and a van pool system.  In the ever changing and increasing growing city it is constantly expanding it's services and improving the ones it has in place already.

One thing about the bus system in Charlotte is that it is very accessible for most residents.  It has both local routes that are scattered throughout Charlotte and express routes for commuters working in uptown.  The bus service currently carries in excess of 22 million people  a year. I know people love the fact ti has stops in most major medical center areas and the commuters love the express route to uptown to expedite their commute.

The light rail system opened a 9.6 mile run from 485 by South Blvd. to uptown Charlotte with numerous stops in between.  It was designed to help alleviate the traffic congestion on 77 and give commuters and people going into uptown an alternative to get to up town.  It has been such a huge success that they are in the process of expanding it out toward University of North Carolina Charlotte currently.

The para assist is one of my favorite parts of the mass transportation that Charlotte, NC. offers.  It picks up people with disabilities and drops them off at their required destination.  It is a true door to door service to help those with special needs.

Van pool offers a shuttle service for a group of people who reside in the same area to get to and from work on a daily basis and has become a popular mode of commuting among local residents working in the same area.

Charlotte, NC. city leaders and Cats officials have done a good job of addressing the need to improve and grow the transit system as Charlotte continues it's ever increasing growth of population to the city and the surrounding towns.....With the ever expanding light rail and new busses and service lines being added Charlotte is showing the vision necessary to handle the growth.... 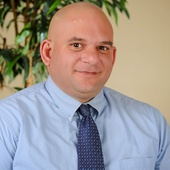