I am often asked "How does my divorce affect my estate plan?"

The MUPC changed much of that.

As a side note, "testator" is the term referring to the person whose Will it is.

The MUPC does not affect dispositions by way of pre-existing irrevocable trusts as these dispositions typically are addressed in the divorce decree.

Estate planning documents should be updated after divorce.  As an example, if you still wanted a stepchild to inherit from you despite the divorce, it is important that you explicitly state in your new Will that the bequest to the stepchild is notwithstanding your divorce from his or her parent.

Nothing in this blog should be considered legal advice as this is a complicated area of the law.

Brigitte, a graduate of Boston College School of Nursing and an honors graduate of Loyola University of Chicago Law School, stands out from other elder law and estate planning attorneys in that she worked as a registered nurse for four years and earned a Master of Science in Taxation with high distinction from Bentley College.  This unique combination of legal, nursing and taxation backgrounds enables Brigitte to provide outstanding legal guidance to her clients in their time of need.  Call (508) 238-3005 for a free phone conversation with Brigitte to learn if she can help.  You also may reach her through her website at www.vonweisslaw.com. 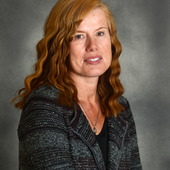