Salt Lake City is the capital and largest city of Utah, with a population of approximately 189,314. Located near the largest saltwater lake in the Western hemisphere, this beautiful city is set against breathtaking views of mountains and has a strong outdoor recreation tourist industry centered on skiing.

Salt Lake City, or "SLC" as it is commonly referred to, is paradise for an enthusiast of the outdoors or Winter sports. In 2002 it hosted the Winter Olympics, and it's easy to see why. The climate and geography of the area within and directly surrounding the city make it one of the most acclaimed skiing destinations in the country.

Salt Lake City combines the comforts and sophistication of a metropolitan area while maintaining the quiet and charm of a small town. It is also an extremely safe place to raise a family, with many excellent school districts and a wide variety of private schools.

Salt Lake City boasts great cultural and religious diversity, with countless museums, performing arts venues and beautiful churches. The gorgeous Temple Square is home to the historic Tabernacle building, where one can splendor at the breathtaking sounds of the world-famous Mormon Tabernacle choir.

West Jordan, UT is a rapidly growing suburb of Salt Lake City. Its population has been soaring since the 1970s, and thousands of people move in every year. It’s now over 100,000 residents enjoy a town situated between Utah's Jordan River and the majestic Oquirrh Mountains to the West. West Jordan, a suburb, ironically now has a number of suburbs of its own!

Conveniently located just off Interstate 15, West Jordan is only 18 miles from Salt Lake City. The town has developed a diversified economy. It has four major shopping centers, two credit unions, SME Steel, and Sears Grand in town. It also has a number of schools: 16 elementary, four middle, and two high schools.

Salt Lake Community College and Broadview University are also in its borders. One hospital, the Jordan Valley Medical Center is found. In addition, you may also take advantage of the local airport- South Valley Regional.

Expansion of the city park, a new recreation center, a history museum, an arts center, a senior center, a sizable library, and a general renovation of the entire downtown area are all in process. New residents can make use of all these new city services and live in a large town with a "small town feel”.

As of the 2012 United States Census, South Jordan has a population of 55,934 people with an average home cost of around $350,000.00. There are a number of elementary, middle, ad high schools in the area, and the schools are divided into three groups of public, private, and Christian based curriculum.

The average annual salary in South Jordan, Utah is just under $75,500.00. However, as South Jordan is considered a part of the Salt Lake City Metropolitan area, most individual drive to nearby Salt Lake City and other areas for work and have an average daily commute time of 25 minutes.

The geography in South Jordan grants residents a spectacular view of the nearby mountains while experiencing warm summers and generally mild winters.

Residents of South Jordan have access to a number or recreational outdoor sports such as skiing and snowboarding as well as access to the South Jordan Parkway with its collection of walking trails, fishing lakes, and picnic areas. 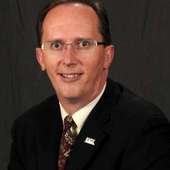