Bethesda, Maryland is one of the premier communities in the Washington, D.C. metropolitan area and one of the most highly regarded areas in the United States. It has a population of 60,858. It's located in Montgomery County, Maryland and ranked second on Forbes' “America's Most Livable Cities” list in 2009.

Bethesda is among the United States' most affluent areas. Its median household income is $141,817, and its residents have access to a flourishing local economy, which means security for your family and children.

Corporations like Marriott International and Lockheed Martin are headquartered in Bethesda. Excellent schools, including Bethesda-Chevy Chase High School, Walt Whitman High School and Walter Johnson High School will give your children the prospects and potential you hope to provide them with.

Bethesda is also home to a wide variety of landmarks, such as the campus of the National Institutes of Health. Norwood Local Park, Fleming Local Park, and Stratton Local Park are examples of beautiful parks serving the area.

Just seven miles north of Washington D.C. you'll find Silver Spring, Maryland. Silver Spring is located in Montgomery County and is a great oasis from the hustle and bustle of the nation's capital.

Silver Spring is a cultural melting pot with highly rated schools and suburban neighborhoods. According to BestPlaces.net, Silver Spring has a population growth of 7.76% since the year 2000.

In 1840, an adviser to President Andrew Jackson discovered shimmering mica deposits in a nearby spring, which gives this municipality its namesake. You can visit the original historical site at Acorn Park.

Other historical sites such as the Washington Monument, the National Air and Space Museum, and the Library of Congress are just a stone's throw away.

Silver Spring is a great place to raise a family. It's one of the most secure cities in the nation and the local schools are rated highly as well. There are small class sizes and schools in Silver Spring are committed to excellence in education.

The unemployment rate is low and most of the citizens in Silver Spring are college-educated adults seeking to settle down with their families. If you're looking to avoid the cramped and crowded accommodations of nearby Baltimore or Washington D.C., then take a closer look at homes in Silver Spring.

Tucked away in central Maryland and Montgomery County, Rockville is the ideal place to raise a family or get away from the hustle and bustle of Washington, D.C.

Rockville offers the best of everything with over 30,000 acres of parks for hiking, camping, and biking, as well as fine culture. Art lovers can visit a host of galleries, those who love the performing arts have many options when it comes to the theatre, and history buffs can take their fill with favorites such as the Beall-Dawson Historic Park.

In addition to a wealth of opportunities to explore the region, Rockville boasts of having the largest school district in the state of Maryland. Receiving national honors in quality of education, a diverse population of students have a high rate of attendance with nearly a 90% graduation rate.

According to the Quality Counts Report, Maryland's schools rank first in the nation. With only a half hour commute to the nation's capital, Rockville is rich in employment opportunities. 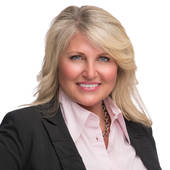 Need Some Help?
Sometimes it's hard to ask others for help; I understand. That's why I have this here.
Peggy Lyn Speicher & the Speicher Team
Call: (301) 580-7708
My Maryland Real Estate Listings on Zillow
Testimonials
17221

Peggy Lyn is the only realtor I will ever work with again! She works magic, she is beautiful, caring, compassionate and has amazing persuasion ... more

Peggy Lyn is a real estate rock star! She is a true professional who worked closely with us to make sure we were always well informed and had the ... more

I am a licensed contractor who builds and rehabs homes. After finishing our last project, my wife and I placed it on the market "for sale by owner". ... more