So many ways to measure (part 2)

Yesterday I wrote about two different parts of the analysis of market conditions and today I will finish my story.

There are a number of different ways to measure the market, but what I am doing now (and I do change things up as I learn of new techniques) is taking one years’ worth of data at a time, run on a monthly basis and compare and measure how markets change. The data is run as one year periods because it neutralizes the seasonality that you see happening in this area. It is almost clock-work to see our local market start to slow after Labor Day, and to start to pick up in February or March, depending on the weather. In addition to measuring year to year, I have also eliminated from the data below distress sales and “to-be-built” properties because including them skews data. This is addressed in a previous blog post. Depending on the market, it might make sense to include the distress sales but Ann Arbor hasn’t had a lot in general (Thank You University of Michigan) and if they are included the market actually looks like it is picked up more steam than it truly has. Apples-to-Apples with the data below.

My findings are in graphic formats below with a small explanation underneath the graph. The amount of negotiation that takes place as a whole in a market is also a good indication of how the market is doing. The more negotiation, the wider the disparity between list price and eventual sales price; the less negotiation, the stronger the market in general. As seen above, there has been some fluctuation with this ratio, but that it is tightening over time and in the macro market (all of Ann Arbor) have had sales price at 100% of list price, or above for the past five months. This is the median price but is still very meaningful as it means there is excitement and optimism in this market and much less negotiation than is expected.

In area 82 there is more negotiation occurring but still at a very high level of consistency between list price and sales price, from a low of 99.40% to 99.78% in this five month period. In short, the past five months has seen very little price negotiation in the market. The median sales price in all of Ann Arbor shows a slight decline in early 2012, stability in mid to early 2013 then steady increases in price up through late 2013. A small decline is showing in the last few months of 2013, and an increase back to same level at the end of 2013 for the most recent two months (the last five months have waffled between $280,000 and $285,000 as median price). It is higher in area 82 primarily due to size. The median size in area 82 is smaller than the overall market running from a low of 1,328 sqft to a high of 1,374 sqft in the past five months, compared to 1,834 to 1,882 in the same period in the market as a whole. Why does the smaller size equal a higher price per square foot? It relates to the underlying value of the land. It is most common that a smaller house will have a higher price per square foot than a larger house, all things being equal.

On an appraisal, the appraiser would narrow the area down to what is actually competitive with the subject property, and there might be completely different results, because markets do not move at the same rate. This is evident above where the entire area moved at about 10% whereas area 82 moved at 7% for the same period. If there is this much difference within a school district, just think how much difference there could be from national statistics? Add in distress sales, and the gap could be even greater. This is why it is so important to look to the neighborhood experts as opposed to national statistics when trying to make a decision about your real estate needs.

My final observation for market trends relates to the contract-to-listing ratio. This ratio takes all properties exposed in the MLS at a time and compares the number under contract to the whole. As of 2/9/14, in the entire Ann Arbor market there were 237 houses on the market, of which 98 were reported to be under contract. This represents 41.35% of the market under contract which is indicative of a strong and active market at this time. In area 82, there were 55 houses on the market, of which 19 were under contract, or 34.55%, not as strong as the market as a whole, but still very active and indicative of a market favoring sellers. I pay a lot of attention to this trend because it is a leading indicator of where the market is going before these houses start to close and sales prices are known. I can’t base my value opinion on what I don’t know (what these houses are going to close for) but it does help me understand market forces in action, and what the Realtors are dealing with on a daily basis.

Tie all of these data points addressed above in with yesterday’s blog post and you have a good read on the market.

Hope you enjoy this information and find it useful. As always, if you have questions about the market from the perspective of the local appraisal expert, call or write. I am always happy to field whatever calls or emails that I can. 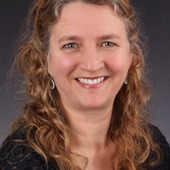