The City of  Enterprise came about in 1881 when John Henry Carmichael opened a small store on what would later become North Main Street (Downtown to the locals). In the coming years came many changes for the area. The post office was located on Drake Eye, as settlers began moving to the area it was moved into Carmichael's new community. With a population of 250, Enterprise became incorporated in the year of 1896.

In 1898 a fire took most of the original downtown structures.  The downtown area was then rebuilt with brick. There are no structures that predate the city's incorporation.  Early commercial buildings still standing include Martin Colley Drug that is still in pristine condition.  The Carlisle House on South Main built in 1898 and the Dr. Grimes house built around 1899 on 404 West College are two examples of early nineteenth century still standing.

In 1906 the population was nearly 4,000 after the Alabama Midland Railway Company began operations between Enterprise and Ozark. The first passenger train arrived on February 14, 1898. The railroad brought another population growth that was also aided by the opening of a federal land office in 1897.  The office was in charge of selling 3,560 acres.

In 1915, hundreds of thousands of Mexican Boll Weevil insects entered the area and destroyed 60 percent of the cotton crop. As farmers battled the investation many reached their financial limits. While the community struggled with the adverse affects of not producing any cotton, the locals turned to PEANUTS.  With much success and an economic rebound Coffee County became the top peanut producing county in the nations.

In recognition of the Boll Weevil and what it meant to the local economy, Roscoe P. (Bon) Fleming ordered the monument, paid half and asked the community to pay the rest. The monument was dedicated on December 11, 1919.  The original monument had a fountain flowing from the top.  This was replaced with the image of the Boll Weevil in1949.  The Boll Weevil Monument is on the historic register.

The first Enterprise Public School was built on West College Ave. in 1905-6 on land donated by Jesse Rawls.  The school burned in 1911 and only the gym is part of the original structure. The first hospital, the Fleming Sanitarium was constructed in 1905 east of Main Street.  It was a two-story building with ten beds. Unsubstantiated history claims this hospital to be the first in the State of Alabama.  In 1907 the name of the hospital was changed to Coffee County Sanitarium. The first brick power plant was built by Jesse Rawls on Adams Street next to the Railroad in 1901.  This plant furnished the city's first electricity.  The city purchased the plant in 1903.

Today the economy of Enterprise consists of a wide range of agricultural commodities and local industries. Additionally, Enterprise is centrally located to Fort Rucker, Home of Army Aviation.

Blanket Creek is the location of the first evidence of humans in Coffee County. The area was used as a migration route from approximately 8500 to 700 B.C. This area is now known as the Wiregrass area, named for the type of grass that grew in the region. The first federal land sale that was to become Coffee County was in 1812. The county is named after General John Coffee, Alabama commander in the Creek Indian Wars and the Battle of New Orleans.

This is a great Localism post.  Have a good weekend.

Thank you Georgina! I hope you have a great weekend too!  My family is Hawaii on our early vaction at this moment and I was not able to go (my son started school on Aug. 7).  Question - how did you come across this small little town of Enterprise? 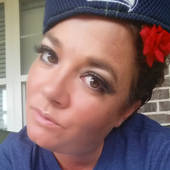