In the spirit of love this Valentine’s Day, is it possible to have a crush on a Real Estate property? According to a recent article from Realtor Magazine, men and women actual do have crushes on homes! In fact, 69% have admitted to it…a home that they liked so much that they were drawn back to looking at the home online or in person, not once but several times. But according to the article, men and women react differently. For example, 41% of women were more likely to fall in love with a home out of their financial boundary. Only 30% of men did. Men were more likely to move from one home crush to the next, finding a new home a week. But something that they did agree on for the home that they were admiring was the outdoor living space. Both agreed that this feature was top on their list when looking for a home. The article also revealed that women tend to like more open floor plans, curb appeal and appliances and fixtures, while men were more attracted to garage space, curb appeal and open floor plans.

While having a crush on a home is okay, it is important to help those buyers weed out the crushes and find the home of their dreams!

Kevin -- Sure, it's possible.... but just don't crush on something that is way over budget or out of reach.

I have seen first hand my wife Gail love homes. The only thing is it cost me a marriage because she loved the home so much. 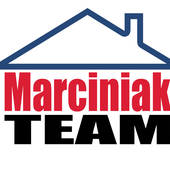