Our relatively harsh winter has not dampened the real estate market in Harrisonburg and Rockingham County. In January 51 homes were sold, the best monthly total for January since 2008. Buyers entered into contracts on 68 residential properties in January, a fairly strong number for the winter months. In addition, leading indicators like phone calls to our office, showing appointments and web traffic on www.KlineMay.com all show a tremendous amount of Buyer activity and lead us to believe we are going to have a very busy Spring with a large number of buyers competing for relatively few homes.

We expect upward pressure on prices throughout 2014 due to increased buyer activity and….continued low inventory. In January, the City and County markets moved in the same direction regarding inventory – down. The average number of homes for sale in Harrisonburg during January was 164, down 12 homes from December and 33 homes (17%) from last January. Similarly, in the County the average number of homes for sale dropped in January to 350, which is 21 fewer than December’s average and 36 fewer than last January. The continued absence of significant new construction and the reduction in distressed properties for sale has really tightened up inventory and will be frustrating to buyers in 2014.

All of the characteristics of our current market have been seen in other markets across the country at different times over the past 2 years. If those other markets are any kind of indication of what we will experience in 2014 we can expect the pendulum to swing towards a Seller’s market, with multiple buyers competing for listings that have been priced properly and prepared to show. Competition for limited resources typically brings about an increased sense of urgency, more aggressive negotiations and price increases, all things we will likely see in 2014. It’s going to be an interesting year….

This original blog post can be found by clicking here. 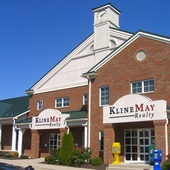