There are currently 171 active condo listings (Down by 2 condos from last month).

49 Condo sales are pending and awaiting close or lender approval (Increased by 20 condos from December). 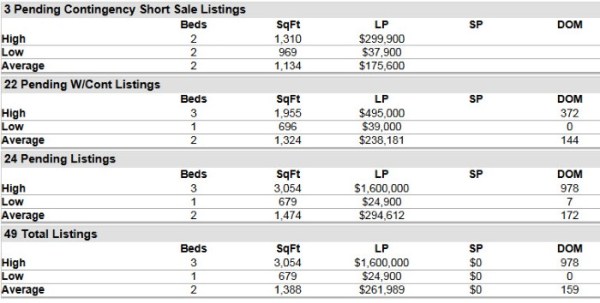 15 Condos Sold in January (Down by 6 condos from December)

For the Stuart Florida Condos for Sale and Sold Report 34996 ZIP Code January 2014, a little bit of mixed results to start the year.  One of our few areas with a continued decrease in inventory, but this could be a result of the big jump in pending sales which took 49 condos off the active rolls.  Closed sales were down by 6 condos which is disappointing.

The current absorption rate for the Stuart Florida condos in ZIP Code 34996 – increased to 11.4  months from December’s 8.2.  Still a buyers market for January 2014.  A balanced market is considered to occur when the absorption rate is from 6 to 7 months.

The numbers for January 2012 were: 218 active listings, 54 pending sales and 13 closed sales.  Inventory levels are still below those of 2013, yet the market activity is considerably better. 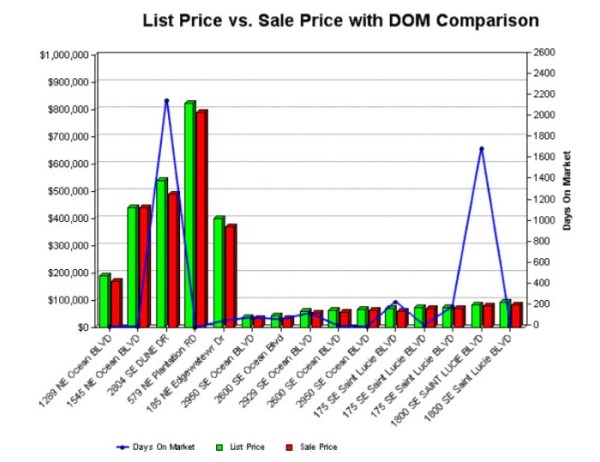 Good Morning Gabe: The increase in under contract in January might boost the sold units in February. Thanks for the easy-to-read and understand market report in Stuart.

Gabe, thanks for another good market report.

Gabe Sanders should be your go-to real estate source for Stuart FL condos. He is the market expert.

Great market snap shot Gabe. Hopefully with the pendings being UP, next months solds will be up also.

Gabe, Thank you for the comments on my post. I tried it but the link does not appear in the photo but above it.

Good morning Gabe, you have once again shown us a fine market report. My feelings are that the Spring market will bring positive results to Stuart Florida and any buyer or seller who wants the best and most educated Realtor need contact Gabe Sanders.

Thank you so much for sharing these statistics and information on your local market. It is great to see how it is doing and put together extremely well.

Great market report for Stuart FL condos, Gabe!  Here's to a wonderful week in real estate for you!

Thanks for taking the time to stop by and leave your comments.  Always appreciated. 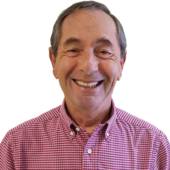