First, my sympathies to those in more southern states who are having to deal with snow covered roads.

People tend to think that we are smothered in snow up here in Maine.  Yes, we get plenty, and yes, it just keeps piling up.  We won't see the ground in our yards again until sometime in April.

However, one of the things Maine excels at is snow removal!  We generally do not have any trouble getting around in the winter...and unlike some areas of the country this year, on the few occasions that our police ask us to stay off the roads...we do!

So what happens to all of that snow?

Here in Auburn, when the snowplow banks on the sides of the road get too tall, they send out our fleet of super-sized snow suckers and trucks!  When one dumptuck fills up, another pulls up from behind to take its place.  Then the snow is hauled off to the old granite quarry and dumped in.  Voila!  Nice clear streets.

The pic below was taken the day after we had a foot of new snow fall. Kristen, During this long winter I've been finding myself looking at the Boothbay Harbor pictures on my phone from our trip last June!  Warm, good seafood, yup, lots more appealing than another drive through the snow :)  Bill

Here in the Valley of the Sun we have a somewhat different method of snow removal.

Granted, we may only get to see the white stuff once every three to five years, so my theory probably needs more data to be statistically useful. Further, when it snows here we might only get 1/2 to 2 inches as well.

Anyway, back to the method: Since snow here requires the intervention of the Divine, we allow that same Divine to remove the snow: we watch it melt in the next 30 minutes or so, and promise our small children that "maybe next year" they'll get to make their first snowman.

One additional thought: almost no one seriously looks forward to our Summers. Except maybe teachers.

Snow sucres and trucks is one way to effectively get rid of all of that snow!

This is an excellent post for people to know. It's great to live in a nice house but if the roads aren't cleared it makes it hard to commute. What Maine does to clear the snow is definitely something to know and think about for people considering relocating to Maine. It's so popular in the summer because of tourists, it can be wonderful to live there year round! You're the person I would recommend to buyers.

Hi, Kristen Wheatley - How is your winter so far for 2016? The Farmer's Almanac predicts a very cold weather as far down as TX and Florida too.

I hope you're doing well! 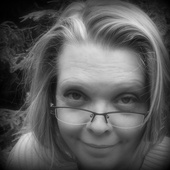